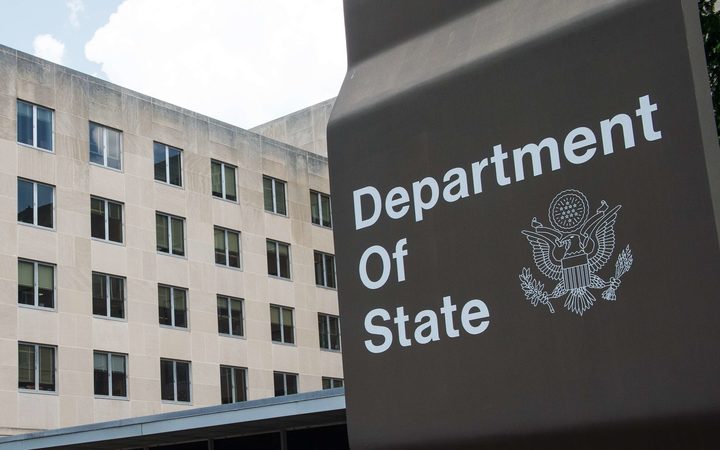 Ambassadors from the Federated States of Micronesia are seeking the US State Department's help in getting information about citizens who were killed by police in the United States. Photo: AFP

Ambassadors from the Federated States of Micronesia and the Marshall Islands are seeking information about their citizens who were shot by police officers in the United States in recent weeks.

The FSM's ambassador in Washington, Akillino Susaia, has asked the US State Department for help in accessing information on the shooting deaths of two Micronesians in Tulsa, Oklahoma in early June, while Marshall Islands Ambassador Gerald Zackios is seeking information from the family of Marshall Islander Isaiah Obet, who was shot and killed by police in Auburn, Washington on 17 June.

"We have spoken to the Tulsa Police Department and were directed to the Detective Homicide Division, but so far have not received any information or feedback," said Mr Susaia.

To follow up the 2 June shooting deaths of Micronesians Naway Willy, 18, and Rabson Robert, 36, Mr Susaia sent a diplomatic note to the State Department last week requesting the federal government's aid to obtain information from local law enforcement about the incidents.

News reports indicated that Mr Robert had been killed during an argument at a hotel and Mr Willy was initially thought to be a suspect in the murder. Those reports suggested that Mr Willy was at the scene of Mr Robert's shooting, and was shot and killed by an officer as he tried to run away.

Later, the police said they did not believe Mr Willy was involved and another man, Tulio Alexander Aviles, 33, was charged with first-degree murder for the shooting of Mr Robert. The officer who shot Mr Willy has been put on leave.

In the diplomatic note, the FSM Embassy notes the "request for assistance is necessitated by the incident that took place on or around 2 June 2017 in Tulsa in which two citizens of the FSM, both of them young men, were reportedly shot to death by local law enforcement officers." The ambassador said he was requesting the US State Department's assistance under the terms of the Vienna Convention on Consular Relations and the provisions of the Compact of Free Association, a treaty that closely ties the US and the FSM. The carefully worded request to the State Department also pointed out "the long history of law enforcement cooperation between FSM and the US."

"Their (Mr Robert's and Mr Willy's) families and friends have sought to obtain information from the Tulsa Police Department but were not successful," the note explained. "They have turned to the Embassy for assistance." The diplomatic note added that the embassy had also been unsuccessful in getting through to the Detective/Homicide Division of the Tulsa Police Department.

The embassy requested the State Department's help in "facilitating the process to enable the Embassy to obtain relevant information."

Mr Susaia expressed condolences to the families and friends of the victims. He said he didn't want to "make specific judgments on the police-involved shootings while all the relevant facts of the case have yet to be confirmed."

He took the opportunity to "remind us all about the importance of conducting ourselves appropriately to avoid harm and, just as important, for law enforcement authorities to exercise prudence or due diligence in the conduct of their duties and responsibilities to the public."

While Mr Susaia said the embassy doesn't speak for the families of the victims or "wish to prejudge the course of action that they may finally decide to pursue, the FSM Embassy will do what is necessary and appropriate. The primary objective of the Embassy is to ensure that justice to our citizens is administered fairly and to assure them and the community at large that we are doing the best we can in the interest of our citizens to the fullest extent provided by the law and Compact."

While noting that "the Embassy is aware of the rise in police-related incidences in the United States," Mr Susaia said the FSM is "grateful for the basic decency and fairness of the American people, whom we hope will continue to be the advocates and tireless moral pillars of support for the friendship and historic ties between our peoples that are enshrined in the Compact of Free Association, and which serve as the foundation of the special partnership between the FSM and the US."

Meanwhile, Marshall Islander Isaiah Obet, 25, was killed in Auburn, Washington while attempting to carjack a vehicle. News reports of the incident said he went into an Auburn residence holding a knife and demanded money from the woman in the house. She told him to leave and he did, after which she called 911.

Police responded to find Mr Obet in another nearby house. He fled and was chased by police and then attempted to carjack a vehicle with two people in it when the officer opened fire, killing the man. News reports said Mr Obet died at the scene from multiple gunshot wounds.

Mr Zackios said he was attempting to get information from Mr Obet's family in Auburn before taking possible next steps.