The Pacific Games Council is giving the Tongan government one month to address its financial concerns over hosting the 2019 Games.

The Council's Executive Board met on Friday to address the government letter withdrawing their support for hosting the event.

It was also addressed by Lord Vaea, the acting President of Tonga's Olympic Committee, TASANOC, and Lord Sevele, the Chairman of the Tonga 2019 Pacific Games Organising Committee.

CEO of the Pacific Games Council, Andrew Minogue, said they resolved to make one last attempt to keep the 2019 Pacific Games in Tonga.

"We agreed as a Board to provide a short window of opportunity of basically one month, until the end of June, for the Tongan government to come back to the table to negotiate with the Games Council around the cost concerns that they have in relation to the Games," he said.

"At that point we make a decision - all parties - (whether to) to remain in Tonga. If that doesn't happen by the end of June we start putting out expressions of interest out to other countries who may wish to host the Games in 2019". 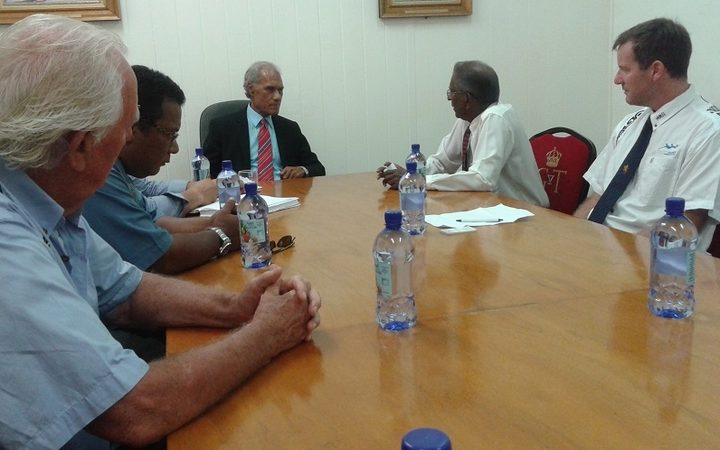 Andrew Minogue said the Board remained confident Tonga could successfully host the 2019 Games, provided the government resumed its support.

"The Organising Committee has been up and running for several years and it's doing its work," he said.

"The venues are coming together with the help of donor governments - particularly the Chinese and Australia and New Zealand with the main stadiium, so we're confident the facilties will be in place.

"The government has the financial resources to make contributions where necessary, with the venues but also with the operational costs of the Games, and if that support resumes, as it has been there for the last four and a half years, then we remain confident that Tonga can deliver the event."

The Pacific Games Council said it will now ask TASANOC to facilitate an appointment between PGC representatives, the Prime Minister, 'Akilisi Pohiva, and the cabinet next week to begin a process of fully reviewing the Games' cost structures.

The Executive Board said contingency plans are also in place for selecting a new host if the Tongan government does not recommit its support by the end of June.