Tropical Cyclone Ella has strengthened to a category-two storm with gusts of up to 130km/h, Fiji's MetService says. 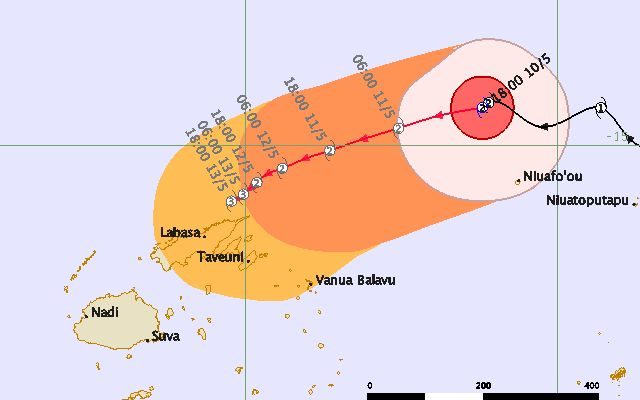 At 6am (local time), the cyclone was 430km northeast of Vanua Belavu and moving west southwest towards Fiji at 12km/h.

MetService said a tropical cyclone alert remained in force for Lau and the Lomaiviti group, Vanua Levu, Taveuni and nearby smaller islands.

These places can expect strong southeasterly winds with average speeds of 45km/h gusting to 80km/h which are predicted to increase to damaging gale-force winds from this evening.

Cyclone Ella passed close by Tonga's most northern island group last night, the Niuas, where up to 700 people live.

In Samoa, a heavy rain warning was in effect on Wednesday after the country's weather authorities warned flooding was possible in vulnerable areas.

A Samoan Disaster Management Office spokesperson said landslides were possible and people living on land that could be affected should consider moving to safer areas.