Power has been cut in parts of New Caledonia as Cyclone Donna passes near the Loyalty Islands.

The storm, now a category three, is packing wind gusts up to 230 kilometres an hour. 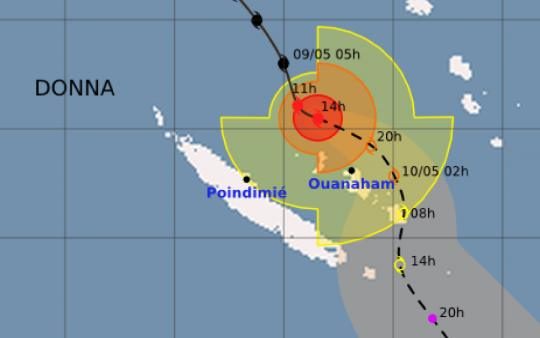 The maximum level two alert is in place for Ouvea, Lifou and Mare as well as for coastal areas of the main island.

People have to be inside their homes or in shelters.

The entire electricity network on Lifou has been turned off for the duration of the storm.

The cyclone is forecast to pass near Mare early tomorrow morning.

The curfew declared last night has meanwhile been lifted on the western side of the main island.

The south of the main island as well as the Isle of Pines are on alert level one, which means residents are advised to take all the standard precautions.

Disaster authorities in Vanuatu have finally managed to contact people affected by Cyclone Donna in the Torres Island group in the country's north.

Reports gathered via HF radio indicated there has been a lot of damage to houses and food crops but there are no reports of injuries.

Director of the National Disaster Management Office Shadrack Welegtabit said assessment teams were still waiting for the weather to clear before heading out to the affected areas.

Mr Welegtabit said he was expecting widespread damage from the cyclone but says it could have been much worse.

Forecaster at the Vanuatu Met Office Jerry Timothy said the central islands were fortunate the system has stayed out at sea.

"Sanma Province and Malampa province they've experienced a little bit of destructive gale force winds but at this stage it is far west of Port Vila," Mr Timothy said.

"Nothing is happening here, the night is very calm."

Unicef spokesperson Lachlan Forsyth said there were reports of damage to water and sanitation infrastructure.

He said Unicef was in touch with people in evacuation centres but some people had taken shelter in other places.

Vanuatu's Northern District Hospital has prepared more beds for people who may have been injured during the cyclone. 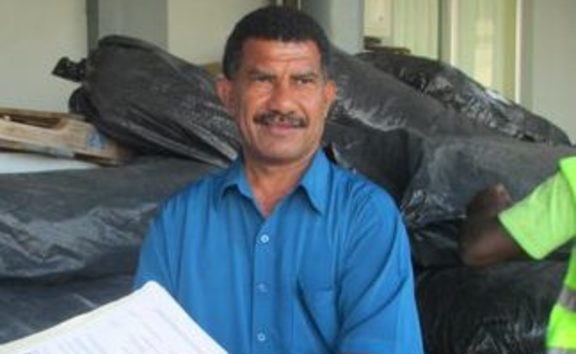 The manager of the hospital in Luganville on the island of Santo, Andy Ilo, said the health authorities in Torba have told him they'll transfer any serious cases to his hospital.

Mr Welegtabit, said if countries or charities want to help, cash donations would be appreciated.

He said Vanuatu wants to avoid receiving expired or contaminated food and other unwanted goods as happened after Cyclone Pam.

World Vision said people should consider donating cash rather than goods for those who have been badly affected by Cyclone Donna.

Vanuatu country director, Michael Woolfe, said when disaster strikes, people are always wanting to do something to help out, which is really good.

But he said that disaster officials have already specifically asked for all aid agencies to tell people who wish to assist in any way to donate money.

He said goods often get held up due to the delivery time, there are port fees to be paid, and often donated goods, like toys, are actually not what people need the most.

"The biggest thing that can be done is for agencies to provide financial support," Mr Woolfe said.

#TCDonna leaves trail of destruction in the islands of the Torba province in #Vanuatu. Yellow alert has been issued for Shefa province. pic.twitter.com/mYXiFE1ZA1