Tahiti have been described as an "inspiration" despite coming up short against Brazil in the Beach Soccer World Cup final.

The Tiki Toa were outclassed 6-0 in yesterday's championship decider in the Bahamas, matching their runners-up finish from two years ago. 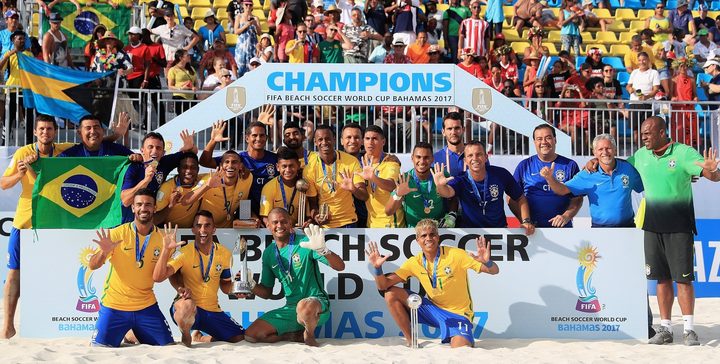 Brazil proved too strong for Tahiti in the World Cup final. Photo: Twitter/FIFA

"Look at some of the other powerhouse countries they played: Japan and they played the European champions (Poland) and Paraguay," he said.

"So sometimes a cliche to talk about punching above your weight, because I know they've put a lot of effort and resources into really being a strong beach soccer team but it's fantastic.

"Then of course the semi final was a story in itself against Iran - a really gruelling penalty shootout where nobody seemed like they wanted to win it - to get to the final.

"I wonder if it took its toll in the end? I'm not sure really because the guys they're used to playing games every second day so I think they can be very proud of their efforts."

Paul Toohey said beach soccer is continuing to grow in Oceania, especially in the likes of New Caledonia and Tonga. 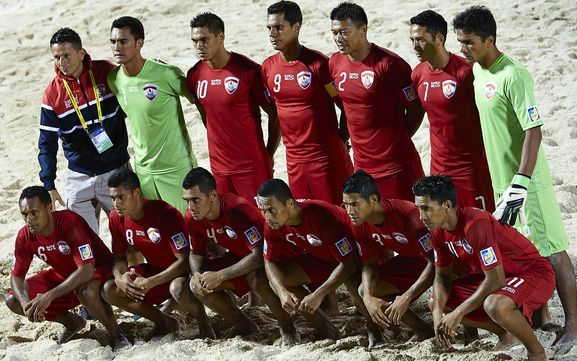 Tahiti during the 2013 World Cup in Papeete. Photo: beachsoccer.com

He hoped Tahiti's success on the world stage will help to inspire the rest of the region to give the sport a go.

"I think we can look to how they've gone about it and they've actually achieved it and in a short period of time, over the last ten years," he said.

"To think that they finished fourth (at the 2013 World Cup) and then two second places i think really shows the countries of Oceania.

"Particularly because, if we're looking at the beach and the environment, many of the countries have environments that are conducive to playing beach soccer.

"So I really hope that that's something that we can all look at and say that we want to do it too and some of the other countries will want to get more and more involved in beach soccer in the future."