A top candidate for the French presidency Emmanuel Macron has released policies for French Polynesia where none of the main parties endorse his bid to succeed Francois Hollande. 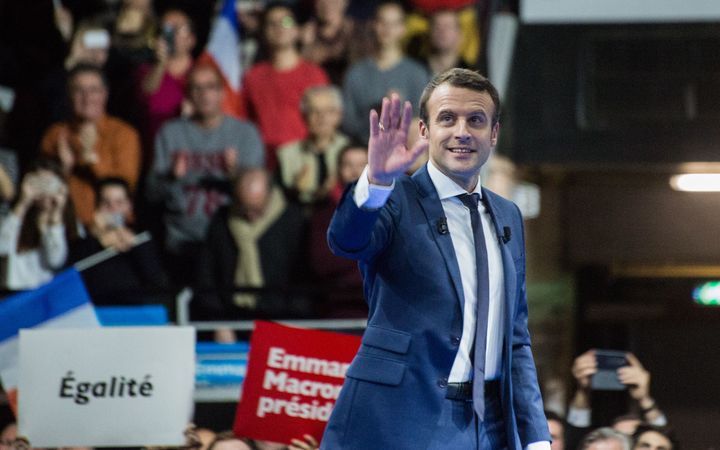 Emmanuel Macron gives a speech in Lyon in front of 16,000 for the french Presidential Elections. Photo: AFP

His team in Tahiti has released recommendations, saying Mr Macron would double the funds for social housing and for organisations fighting domestic violence.

It has called for measures to curb the high cost of living and maintaining the index for French public servants whose Tahiti salaries were about double the pay in France.

The plan called for a scheme to be established which allows those who lose their jobs to be retrained for locally available work.

It suggested letting the French High Commission set bank charges at a level seen in France and for Paris to assume key responsibility for health care and to pay in full for the medical costs incurred by those suffering from radiation-induced illnesses.

Polls said Mr Macron was likely to make the run-off election in May where he was projected to defeat Marine Le Pen.

A left-wing French presidential candidate says it is appalling that the French state refuses to give nuclear test victims all the information needed to lodge compensation claims.

Nathalie Arthaud of the Lutte Ouvriere, who is one 11 people seeking to replace Francois Hollande, made the comment in response to questions put to her by Tahiti's La Depeche.

Ms Arthaud said she stood for worker rights in both France and its territories, noting that French overseas territories have been marked by a colonial history that allowed big business to exploit them.

She said amid the debate about the autonomy statute, nothing much had changed in most people's lives, as shown in the corruption at the highest level in the case of Gaston Flosse.

According to Ms Arthaud, tax concessions for investing in overseas territories were part of the system to allow France to keep them under control.

She said her campaign was not about winning the presidency but to make workers heard and to fight the reactionary change in society.