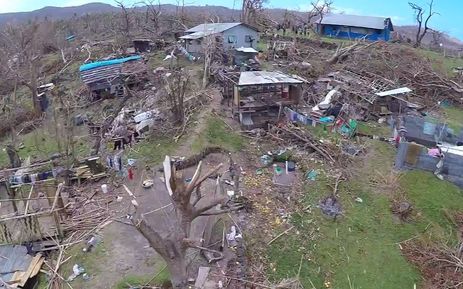 Two years ago Vanuatu was hit by Cyclone Pam which caused devastation in much of the country Photo: RNZ / Shaun O'Callaghan

Nearly 200 people around Efate, the main island in Vanuatu, have been moved to evacuation centres because of flooding caused by Cyclone Cook.

The category two cyclone has brought widespread and strong winds to Vanuatu over the past 24 hours.

Peter Korisa at the Vanuatu National Disaster Management Office in Port Vila says they have not been able to restore communications with the outer islands but he says there is extensive flooding on Efate.

He says they have moved close to 200 people into evacuation shelters because their houses were in flood prone areas.

Mr Korisa says these numbers will rise if the rain continues.

Cyclone Cook, which is expected to intensify, is now moving towards New Caledonia.