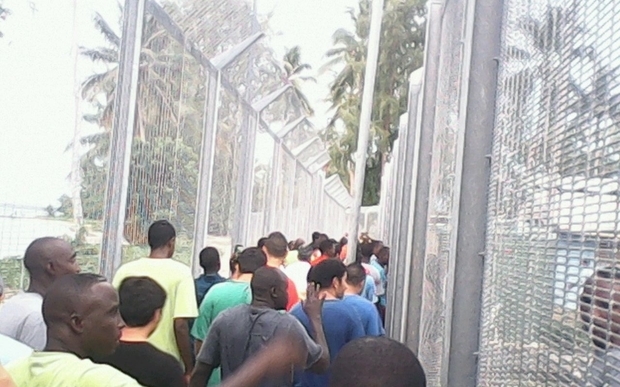 A file photo of a protest on Manus Island: About 900 men have been held on the island by Australia for more than three years. Photo: supplied

Mr Abel said the men held at the centre had a number of different refugee determination statuses, including some "voluntarily returning home".

However PNG newspaper The National reported that, while the October closure deadline had been set by PNG's government, Australia had not yet confirmed when it should be shut.

Mr Abel indicated both governments needed to resolve what would happen to those refugees or asylum seekers who did not want to settle in PNG and did not want to return home.

It was understood there were still about 900 men held on Manus, despite last April's PNG Supreme Court ruling that holding them there against their will was illegal.

Australian Foreign Minister Julie Bishop has said her government would work closely with PNG to solve the issue.

The men have been detained on the island for more than three years.