Police in New Caledonia have detained three people, including a minor, over last weekend's shooting of two police officers. 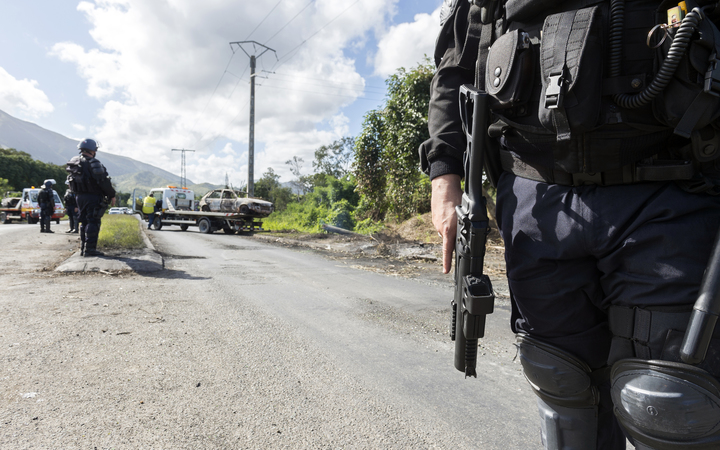 The police officers were injured after they tried to stop a group of young people from throwing rocks at cars near Saint-Laurent, north of Noumea.

Another four people have been detained in Bangou, also north of Noumea, suspected of shooting at police in October during a phase of unrest in St Louis.

This month, France sent more than 50 additional officers as reinforcements to New Caledonia.