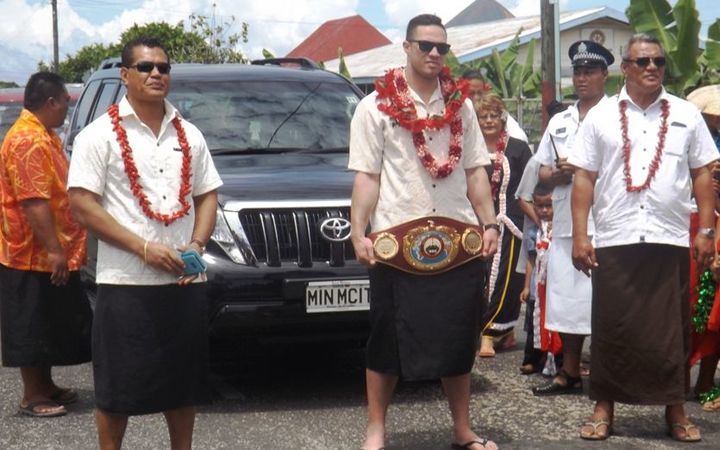 The 25 year-old has been awarded an Order of Merit, and was the youngest recipient of an award at the weekend ceremony.

Last year the Samoa Government had declared a half day public service holiday to recognise Parker's victory after winning the World title.

He has a 22-0 professional record following his points victory against Mexican-American Andy Ruiz in Auckland in December.

Fury, 22, is the WBO's mandatory challenger. He is the younger brother of former world heavyweight champion Tyson Fury.

The bout is expected to be held in Auckland in April.