The chairperson of the Melanesian Spearhead Group, Solomon Islands Prime Minister Manasseh Sogavare has postponed the PNG leg of his Melanesia tour. 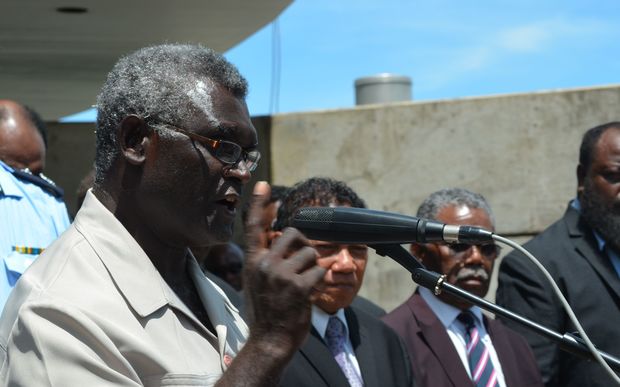 The tour, his second as chairperson, is to discuss the restructuring of the MSG Secretariat in Vanuatu and the revision of MSG Membership Guidelines with other MSG leaders.

Today he is to meet with the Fiji's Prime Minister Frank Bainimarama in Suva.

Following that meeting Mr Sogavare was supposed to fly to Port Moresby to meet with PNG's prime minister Peter O'Neill.

But this leg of the tour has now been postponed until February.

Mr Sogavare, who flys back to Solomon Islands on Sunday, said he would not be releasing a statement on the outcome of the tour until he completes the PNG leg in February.

The MSG secretariat in Port Vila has been plaqued by issues with funding and its overhaul was recommended by an independent review commissioned because of persistent funding problems and the review of membership guidelines has arisen over the issue of West Papuan membership to the Melanesian Spearhead group.