A magnitude 6.4 earthquake struck Solomon Islands early this morning, in an area plagued by tremors since early December.

The US Geological Survey reports the quake struck around 2:27am local time about 108 kilometres west-northwest from Kirakira, the capital of Makira, at a depth of 46 kilometres.

There have been no reports of damage at this stage and no tsunami warning was issued. 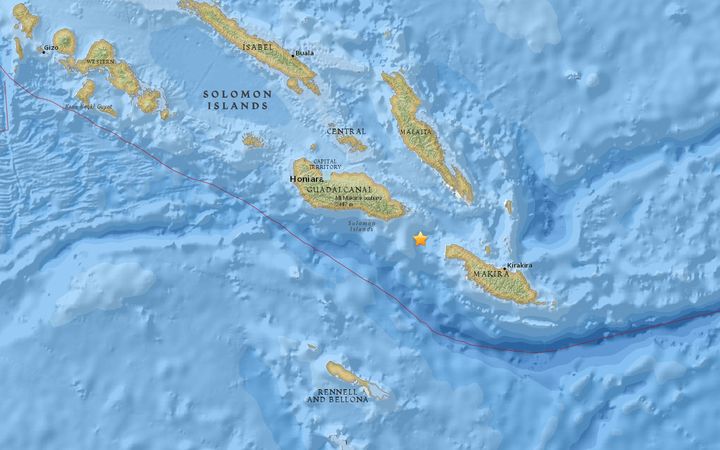 Solomon Islands have been struck by a number of aftershocks following a 7.8 quake on December 9 Photo: USGS

Last month the Solomons suffered a 7.8 quake which was followed by numerous aftershocks.

An 11 year old girl was the only casualty from the December event but aid agencies have reported about 10,000 people have been impacted with cases of diarrhoea and conjunctivitis have increased in quake affected communities.