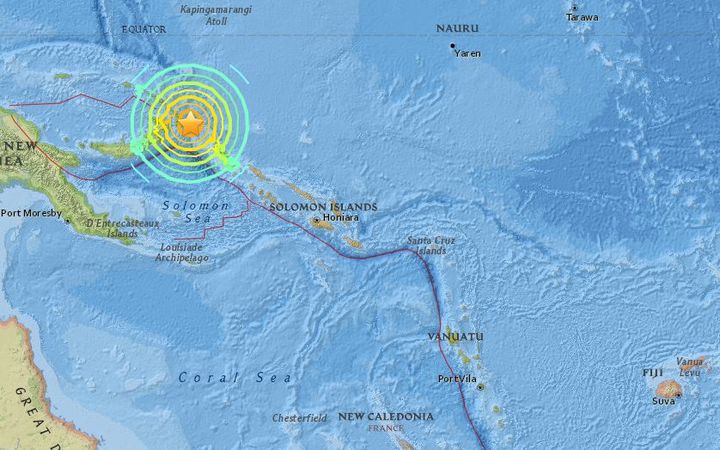 The magnitude 7.9 earthquake struck about 50 kilometres off the south eastern coast of New Ireland province, shortly before 9pm PNG time.

Communications with the region near the epicentre are patchy, and initial assessments still haven't reached central agencies.

A wave of less than one metre was understood to have hit New Ireland's coast shortly after the tremor.

"The PNG government itself unfortunately they probably didn't see this as important. But we as an institution, we saw it as a very important tool for us to, you know, make a decision and give us the confidence to be able to make a decision and inform people accordingly."

Mr Moihoi said aftershocks are continuing in the area.