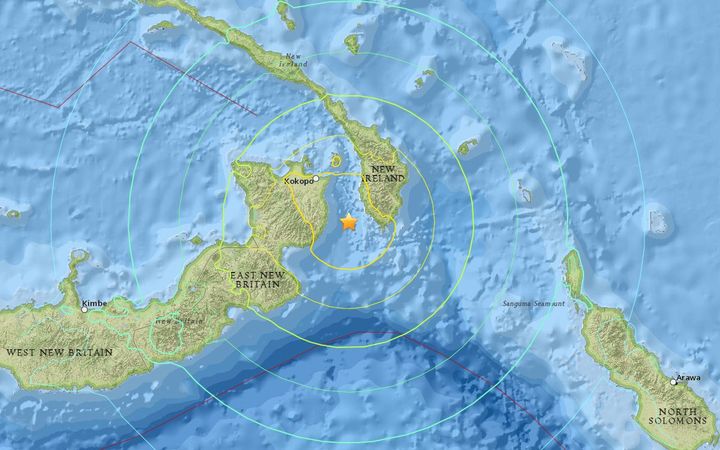 The quake, at a depth of 103 kilometres, triggered a widespread tsunami warning for the Pacific region which was downgraded within two hours.

A wave measuring less than one metre was understood to have hit the New Ireland coast shortly after the tremor.

A seismologist at the Port Moresby Geophysical Observatory, Mathew Moihoi, said there had been no reports through yet on significant damages or casualties.

But he said tremors continue.

"There were many aftershocks. I think the significant aftershock that happened was a (magnitude) 6, maybe a 6.3 even. But then others have been like less than 6. It will continue for a while yet, I think," Mathew Moihoi said.