Indonesian police have arrested at least 300 people in cities across the republic for a Papua demonstration, according to reports from West Papua. 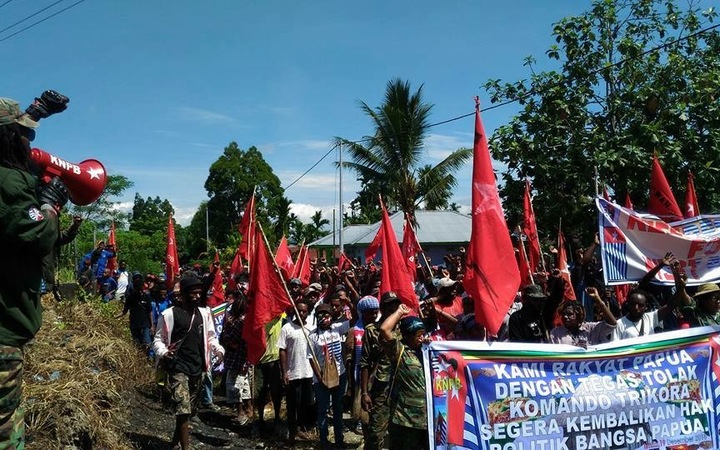 The West Papua National Committee, or KNPB, had notified police about its intention to hold a series of public demonstrations in various towns and cities today to commemorate the first Indonesian military invasion in 1961.

Police in the various centres rejected granting them permission, but the KNPB and other activists proceeded anyway. 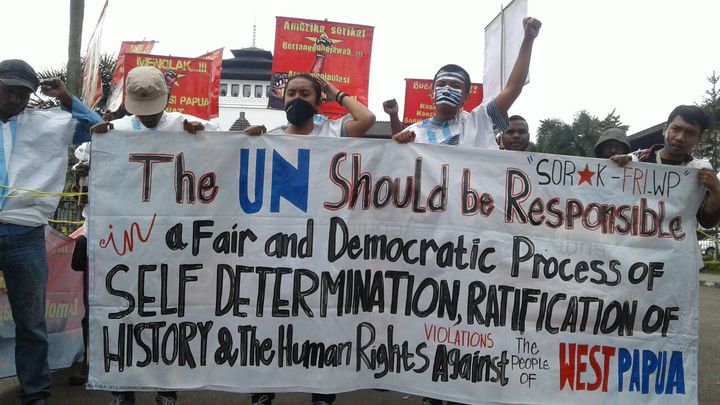 As well as in cities in the Papua region such as Jayapura, Nabire, Timika and Wamena, there were mobilisations in other parts of Indonesia including Jogjakarta, Jakarta, Bandung and Manado.

Ground reports indicated that police arrested at least 300 people for taking part in these demonstrations.

In Bandung, the Indonesians demonstrating for Papuans to be granted a new self-determination process were met by counter demonstrators. 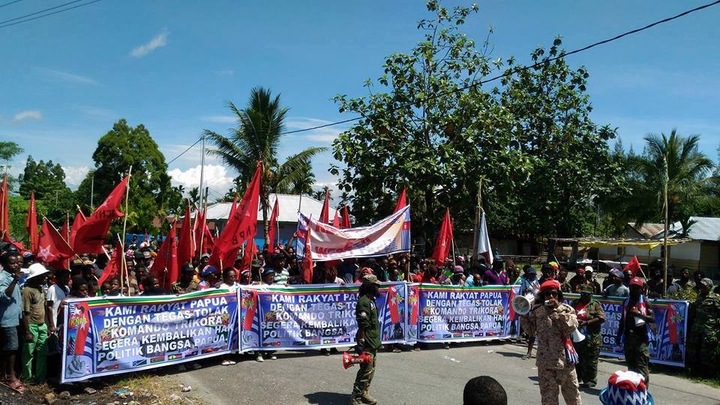 There have been many demonstrations calling for West Papuan self-determination this year, from which mass arrests have taken place.