A women's rights group in Vanuatu is welcoming legislation that would strengthen sentences for sexual crimes against children and women. 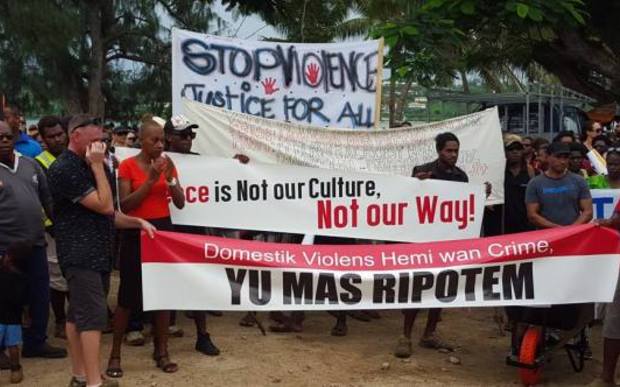 Hundreds march in Port Vila to demand an end to violence against women in Vanuatu. Photo: Mich-McConell-Wilson

The Vanuatu Daily Post reports sex with a child aged under 13 could be punished by life imprisonment under the Penal Code Amendment Act.

Parliament will next month consider the bill, which also seeks to raise sentences for incest, abduction and assault.

Women against Crime and Corruption chairwoman Jenny Ligo said they petitioned MPs for strong sentences for such crimes earlier this year.

She said enforcing the law will help deter criminals.

"There is a lot of abuse against children, sexual violence, and crimes that affect the children and the women. This is something that I believe will help to rethink not to treat women just like an object or somebody that they can do what they want."

Ms Ligo said if MPs don't pass the legislation they are blind.