Voting in American Samoa has started off quietly but is expected to pick up this afternoon. 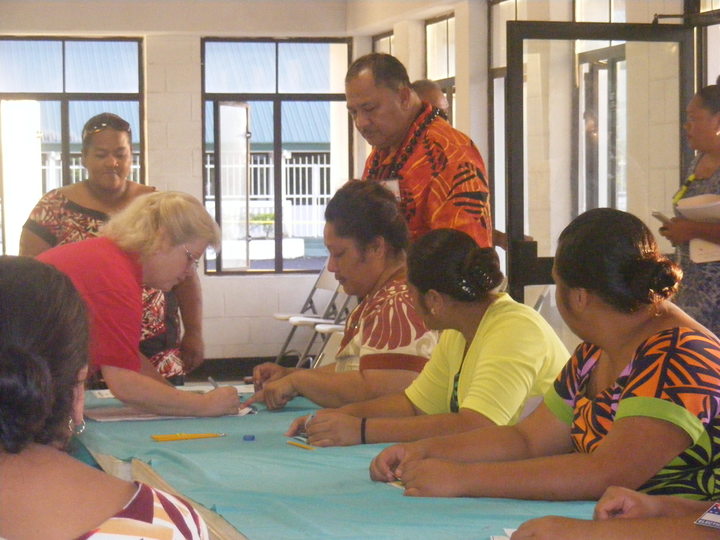 A voter in American Samoa signs on the voter rolling at the Ili’ili polling station. Photo: Fili Sagapolutele

Electors will vote on the US territory's governor and deputy, delegate to Congress, and 20 members of the House of Representative.

The territory's voters do not have the right to vote for the President.

Turnout is expected to be strong, at about 80 percent but our correspondent in Pago Pago Monica Miller said so far its been quiet

"One woman said she was done in about five minutes and she thought one of the big differences from years past is that there is no food, you know the smell of barbecue around and also a lot of the tents from the different camps will be close to the polling places but with the election law that was passed those have to be quite a distance now."

But Mrs Miller said there is a lot of interest in the election and voting should pick up at lunchtime when government workers come out to the polls.

Under local law voters are entitled to be absent from their of employment for two consecutive hours for the purpose of casting their vote and are protected from having their wages deducted for that time.

Meanwhile the Democratic presidential nominee Hillary Clinton has handily defeated Republican rival Donald Trump in a presidential straw poll in Guam - but the result will not count in the main game.

The US territory traditionally holds the unofficial straw poll during every presidential election.

Guam, which is 15 hours ahead of Washington DC, has already counted up the 32,071 ballots cast, with Clinton garnering 71 per cent of the vote and Trump 24 per cent.

The result does not give Clinton any electoral votes, but it may bode well for her chances - the winner of every presidential election in 36 years has also come out on top in Guam's straw poll.