Prosecutors in French Polynesia have decided to take a former president Gaston Flosse and a leading pearl producer Robert Wan to the highest court in France. 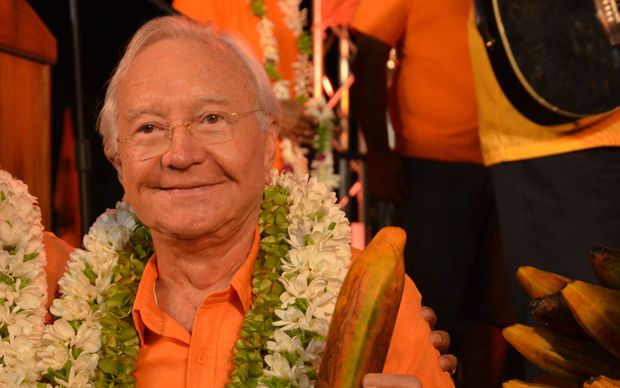 The public broadcaster says this comes after the court of appeal in Tahiti last week acquitted the two of corruption charges over the purchase of an atoll at an overvalued price.

The appeal court upheld the decision by the criminal court two years ago which had cleared the two and four co-accused, including the current president Edouard Fritch.

Flosse was accused of abusing public funds by paying Mr Wan $US9 million to buy Anuanuraro atoll in 2002.

The sum was five times the atoll's value but Flosse's lawyer argued the valuations were incorrect and the embezzlement charges didn't add up.

Flosse also said that it was the then finance minister, Georges Puchon, who approved the purchase.

The prosecution took only Flosse and Mr Wan to the appeal court, wanting to give Flosse an 18-month suspended prison sentence and declare him ineligible for public office for five years.

A verdict from the highest court in France is expected within a year.