Fiji's Police Commissioner Brigadier General Sitiveni Qiliho says the four men who were filmed being beaten near Suva this week are hardened criminals wanted by police for some time. 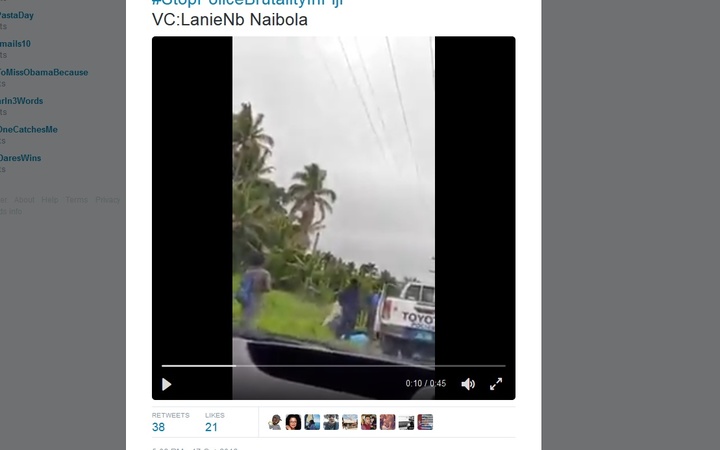 A still image from a video that emerged on social media of an alleged police beating near Pacific Harbour. Photo: Twitter

Earlier this week, a video was released showing police beating several individuals lying by the road side.

Brigadier General Qiliho has told FBC News that he had discussions with his senior officers after the video emerged which according to FBC reports caused a stir among critics.

It is not known if any of the policemen has been suspended.

Brigadier General Qiliho says the Internal Affairs Department will conduct a thorough and independent investigations into the latest incident of alleged brutality.

Two weeks ago, the government said it would launch a pilot project using video recording of statements in order to make the police more professional.

The investigations come as Fiji's biggest ever police brutality case is in court this week, with eight policemen and a military officer, who was the prime minister Frank Bainimarama's body guard, being tried for raping a man in custody in 2014.

The nine are being tried in the High Court in Lautoka over the rape of Vilikesa Soko who died of his injuries.