Australia has lifted the ban on doctors to make public observations about country's detention centres.

The Border Force Act threatened health profesionals with up to two years prison for disclosing information about the camps. 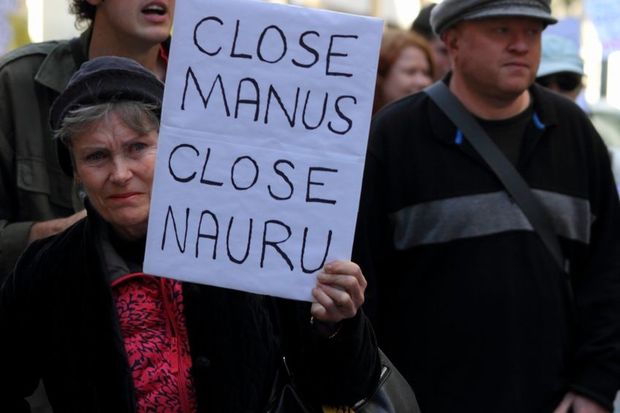 Australian public concern about treatment of asylum seekers on Nauru and Manus has been stoked by relevations from whistleblowers who have worked at the processing centres on these islands. Photo: Copyright: andesign101 / 123RF Stock Photo

The law was never enforced despite a psychiatrist, David Isaacs, challenging Australian Prime Minister Malcolm Turnbull this year to prosecute him for speaking out about the health of children kept in detention on Nauru.

Two months ago, a teacher, Tracey Donohue, also broke the law, but is yet to be prosecuted.

The Secretary of Australia's Department of Immigration and Border Protection, Michael Pezzullo, has now signed an amendment to exempt health professionals from the restrictions.

However, the ban remains in force for other detention camp staff employed by Canberra.

In July, a group, Doctors 4 Refugees, took legal action to challenge the government's gagging stance and a ruling is expected soon.

Non-government organisations have expressed concern about an epidemic of self harm and of suicide including of children in Australia's care.