A producer at Fiji's FBC TV has issued an apology over a programme that has been criticised.

Nemani Bainivalu has apologised for what he said was putting together a few sentences that invariably hurt the sentiments of many.

The apology follows a public backlash on social media by people claiming the programme was racist and tainting the image of the indigenous population.

Mr Bainivalu said in his show Wasea Bhasha, he did not mean to be deliberately malicious against any individual or any group.

The Media Industry Development Authority said if an official complaint is made, it will launch an investigation into whether the FBC has breached the Media Decree. 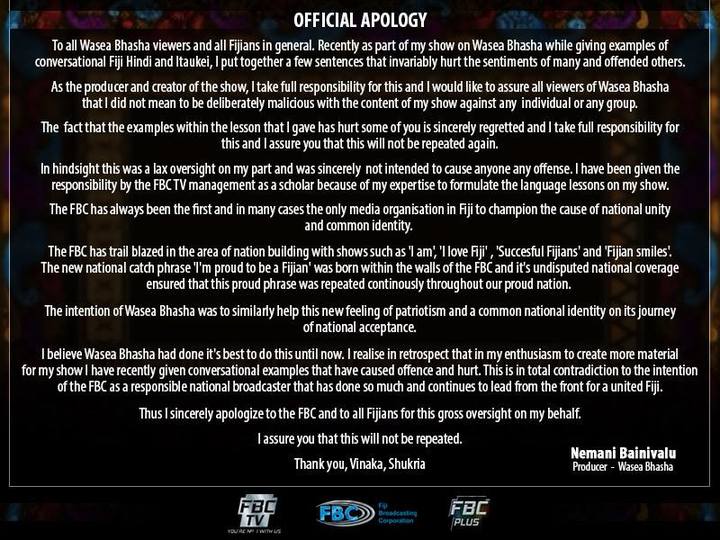 Two years ago, the Authority investigated FBC's breach of the electoral decree when the public broadcaster ignored a regime ban on political advertising the day before the election.

The outcome of the probe is not known but FBC editors or owners risk a five-year jail sentence for the breach.

The lastest incident involving the FBC comes as an article writer as well as senior Fiji Times staff are being tried for publishing an article that allegedly incited communal antagonism.

Those charged face a maximum penalty of 10 years imprisonment.