Hawaiian Airlines says it is taking control of passenger seat allocation on its American Samoa flights due to engineering parameters with the aircraft it uses on the service. 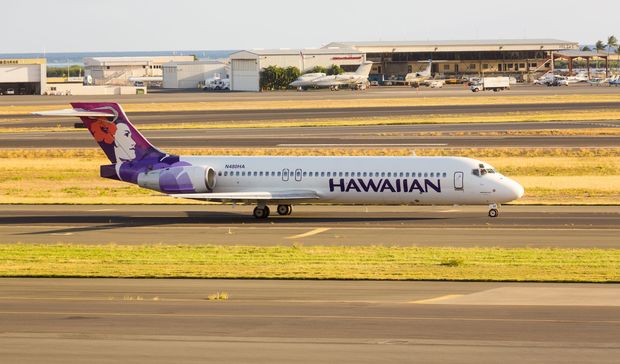 Hawaiian Airline Boeing 717 at Honolulu International Airport in 2013. Seat select will no longer be available on the Boeing 767 used for the Pago Pago-Honolulu route. Photo: Copyright: backyardproduction / 123RF Stock Photo

The airline no longer allows any pre-flight seat selection before check-in on flights between Pago Pago and Honolulu.

After a six-month study period, the airline found passengers on the route weighed 15 kilograms more than Federal Aviation Administration average.

This represents more than 100kg per seven-seat row on the Boeing 767 used for the route which the airline said exceeds the manufacturer's ultimate floor loading for the aircraft.

Hawaiian Airlines' Chief Operating Officer, Jon Snook, said this can cause safety issues in the advent of a hard landing.

"In extreme circumstances, where you have only adults in a row on many of the rows in the aircraft, exceed the ultimate loading limit of the floor on that aircraft."

Mr Snook said in order to mitigate any risk, the airline will ensure there will be either a child or an empty seat in each passenger row.

The airline said in order to achieve this, it can no longer allow passenger preselection of seats but there will be no further weighing in of passengers at check-in.