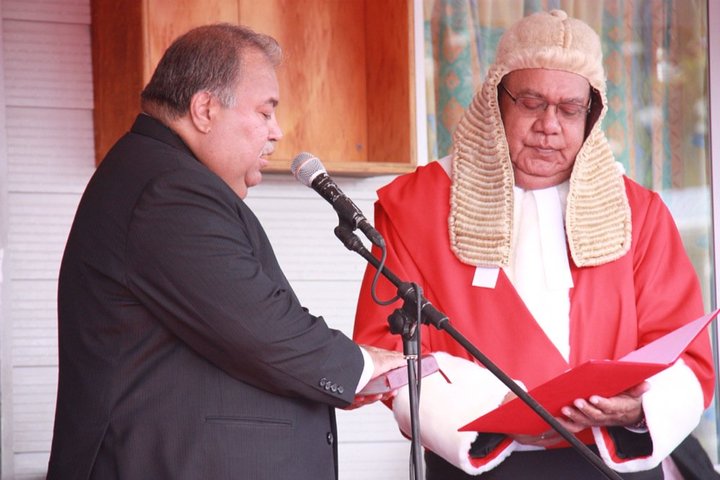 Reports say he died in Suva after a short illness.

He had been Fiji's Vice President for two years until December 2006 when he was removed in the military coup led by Frank Bainimarama who then for several purported to be President.

Nauru is saddened by the passing of Nauru Chief Justice Ratu Joni Madraiwiwi. We send our condolences to his family and friends.

Ratu Joni also served on the Truth and Reconciliation Commission in Solomon Islands set up in 2008 to deal with the aftermath of the ethnic tension.

Tonga's previous king made him a Lord.

A Fijian historian who currently lives in exile in Australia, Dr Brij Lal, said Ratu Joni will be favourably remembered right across the spectrum of Fiji society.

"Probably the most widely esteemed Fijian chief in 21st century Fiji, he was a man of great accomplishments but never stood on protocol. He was accessible to all and that's the mark of a truly great man." 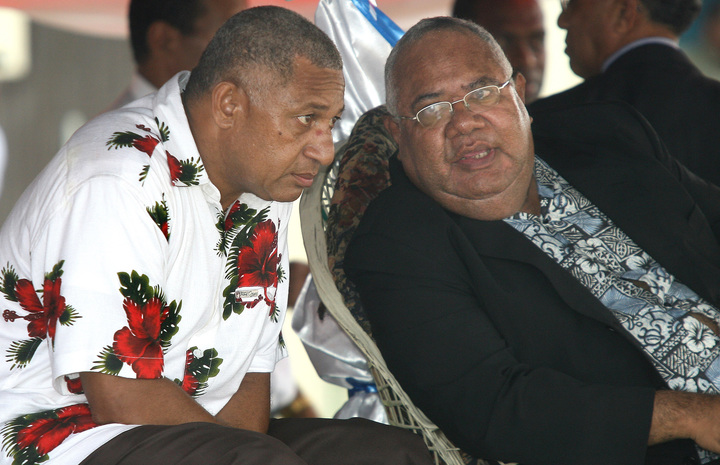 Ratu Joni Madraiwiwi (right) with Frank Bainimarama in 2006. Ratu Joni was a politician and lawyer who served as vice-president of Fiji from 2004 to 2006. Photo: AFP