Fiji's parliament has voted out a third opposition MP, dismissing calls that a suspension until the end of the term is too harsh.

Sodelpa's Ratu Isoa Tikoca went before the Privileges Committee this week over his speech in July which government members branded as racist.

Ratu Isoa was found to have breached parliament's freedom of speech rules by his listing of Muslim officials serving in high offices.

The prime minister Frank Bainimarama laid the complaint against Ratu Isoa for a speech he made in July which the committee says "quite clearly and selectively and more importantly intentionally targeted Fijians who are Muslims or adherents to Islam."

It said Ratu Isoa's "thinly veiled attack against a minority community must not be tolerated."

During a debate in Parliament today opposition members called for the suspension to be reduced to 30 days.

The leader of the National Federation Party Biman Prasad said he didn't agree with the list but the lengthy suspension was unreasonable, and would catch the attention of international bodies like the Inter- Parliamentary Union (IPU).

"There's a tyranny of majority on the other side. You've sent two members out of Parliament. You've been told by the IPU that it was wrong, that it was unreasonable yet you want to go again and suspend another member."

Professor Prasad said the government could be accused of inciting racial hatred itself by the suspension. 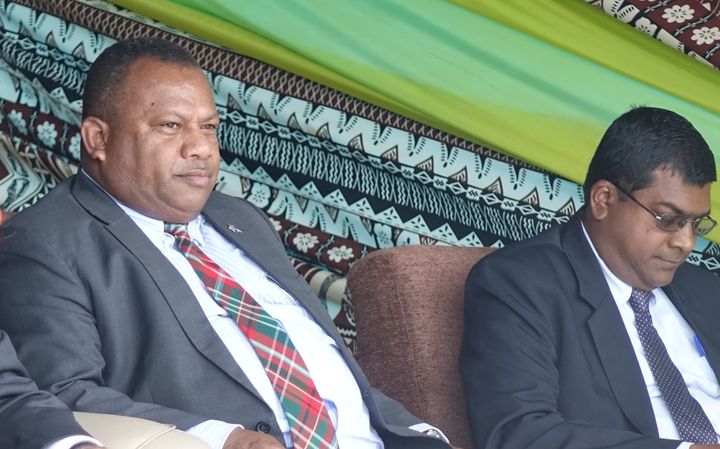 Government minister Inia Seruiratu said matters of offensive conduct towards Parliament had to be treated seriously. Photo: RNZI / Sally Round

The leader of the government side in Parliament, Inia Seruiratu, said it was apparent Ratu Isoa was attacking Muslims in his speech - an assumption Ratu Isoa denied.

"There is a need to strengthen the instrument of Parliament and take measures to protect the dignity and the supremeness of legislation. For this reason Madam Speaker matters of offensive conduct towards parliament must be treated seriously," he said.

"It is even more important that Parliament upholds the required standard of behaviour in Parliament, in particular the prohibition of speaking words that are likely to provoke feelings of illwill or hositility between communities or ethnic groups within Fiji."