The European Union and Kiribati have signed an agreement for a $US5.6 million energy project.

The project is framed in the EU-New Zealand energy partnership that has delivered renewable energy projects in Tuvalu, Samoa, the Cook Islands and Kiribati. 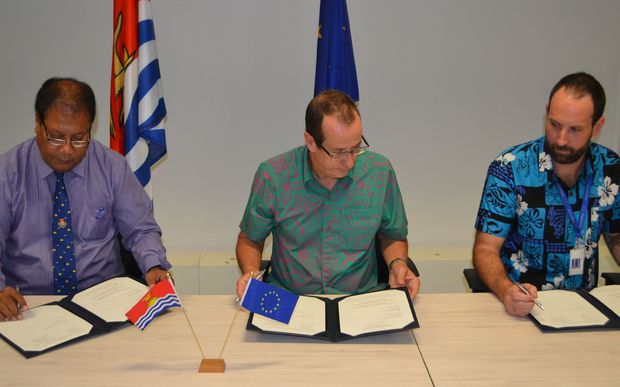 In June the partnership was expanded to include Niue, Tonga, and countries in the Northern Pacific.

The project will support the design, supply, installation and commissioning of a fully functional new diesel power station, an overhead high voltage network and a grid- connected PV system for Kiritimati Island.

It will be implemented over two years.

Kiribati's Minister of Finance and Economic Development Teuea Toatu said the project demonstrates yet another milestone in the warm history of partnership between the EU and Kiribati that goes back to 1975.

The EU Ambassador to the Pacific, Andrew Jacobs said the EU is proud the project will provide people with basic electricity services for households, secondary schools, small businesses and to solar project operations in the Line Islands.