A businessman in the Cook Islands is planning a small hydro electricity operation to satisfy some of Rarotonga's night time power needs.

The pilot scheme will involve pumping water to a vast holding tank and then letting it run through turbines at night.

Lawyer Tim Arnold, who has been working with businessman Chris Vaile on the scheme, says it is a product of the Cook Islands drive for renewable energy. 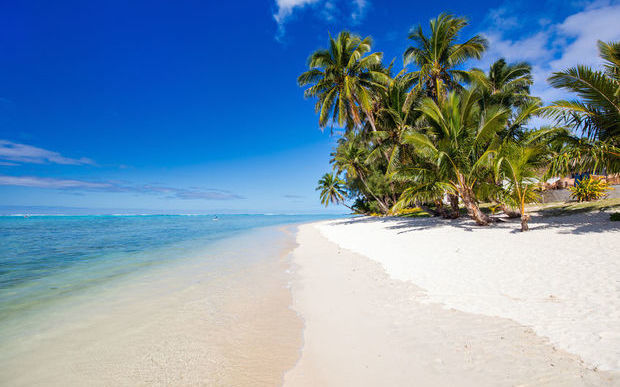 TIM ARNOLD: But we don't need that. What we need is a source of electricity, (to) which the government says 'we will just get as many of these solar panels installed as we can' and the idea is that excess power from the grid is used to pump water uphill and then at night it is allowed to run back down and an installation of this size, it is typically the same installation that both pumps during the day time on the way up, and generates on the way in the night time.

DON WISEMAN: This scheme that you have got in mind is small but how much of night time Rarotonga is it going to be able to cover?

TA: Instead of having one large scheme that generates 100% of the night time capacity we are looking at a number of smaller schemes that will together will achieve that result.

DW: How many do you think will be needed for Rarotonga?

TA: Well it is hard to answer that question because if you got the right combination of sites you would probably get away with three or at the most four, but there are some threshold issues that need to be addressed. Firstly take landowners at you peril. This will work only in landowners are comfortable with what is going on and they embrace it and frankly they have ownership or equity in the project. Then what we have to do is establish the environmental footprint and we are satisfied in this particular location that we are looking at regenerating secondary growth from land that was used for agriculture purposes. And then, well we had a geologist up who said it was doable here, you won't get the best bang for your buck but you can safely store that amount of water up high. They next question is the smaller scheme will not be as efficient as a large scheme. So the question 'not will it work but how economical will it be' and the feeling is that (since) it is close to the Power Station, and the Power Station likes the idea of being able to trial something that is this close, the landowners in this particular valley do have other sites with greater costs and greater environmental impact that may be able to feed into this. So this one site we are looking at 7,000 cubic metres of water, which is 7,000 tonnes, being pumped up, flowing down a 150 metres and that will serve about 10 percent of the night-time capacity, and it will avoid the need, if the efficiencies are what we are hoping for, purchasing batteries equivalent to around $US8 million, we are told. So it is small but when viewed against the cost of installing batteries that have to be replaced every 10 to 20 years, it is worth persevering with. So we are looking at this site; we are looking at some other sites where again there are challenges, of landowners, and one of the sites there is a significant challenge in terms of finding the water, but if the government is committed to renewables, and it is, and if its power producer is committed to following through on this then we think its worth giving the time and effort to see if we can pull this off.