Medals proved elusive but Pacific countries are taking plenty of positives from their performance at the Rio Paralympics.

Fiji, Samoa, Tonga and Papua New Guinea each had two athletes in Brazil, with a number managing to set season best, or personal best, milestones.

"That's the first that's happened in our Oceania group to get someone outside of athletics and power-lifting through, so that has been an outstanding effort from Fiji to a fledgling program, that we've only just started over the last 18 months to two years," he said.

"That bodes well for our future and we're trying to develop table tennis as well as badminton in our smaller developing countries because badminton is a new sport for (the 2020 Paralympics in) Tokyo and we are trying to look at sports that take little equipment, little infrastructure but maximise opportunities."

Mr Bird was also encouraged by the potential of Samoan discus duo Alefosio Laki and Maggie Aiono, who are just 19 and 26-years-old.

"Young Sio, he qualified in his own right as a thrower and we had Maggie - she really is someone to look to the future. If we can keep them both into training they showed tremendous potential," he said.

"I think (they) probably would have gone home maybe disappointed with their performance but first time on a big stage and they showed great potential and have got the opportunity, if they're looked after and if we can maintain their interest and particularly their training and opportunity over the next four years, they should go well so that was a bright light." 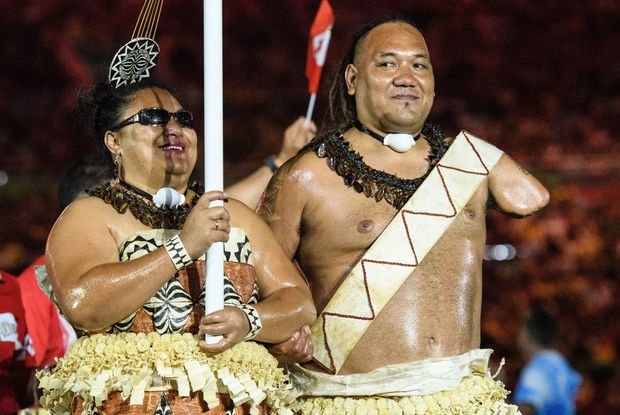 Vanuatu and Solomon Islands did not compete in Rio but Mr Bird said planning towards the 2020 Paralympics in Tokyo had already begun.

"It's a pretty big ask for them to come to a stage like this and perform, so we are trying to change that by running talent ID programs now, we're trying to target athletes, get them into a local programme, provide opportunities for qualification and then try to continue them on," he said.

"It's a challenge because in a lot of cases the funding isn't there and, where we can we're trying to put them into mainstream programmes in those countries - now we do that well in Australia and New Zealand, but it is a struggle in other Oceania countries and that's our challenge.

"This year Vanuatu made the decision they felt they did not have an athlete ready to take a wildcard so they rejected the wildcard - they felt it was more important to develop at the grassroots level ... it's a pity they didn't at least have maybe their developing athlete there to experience and understand what it's about.

"We would expect that out of all the six countries, plus Kiribati which will become a new National Paralympic Committee for us in November, we will have seven NPC's that will be represented in Tokyo.