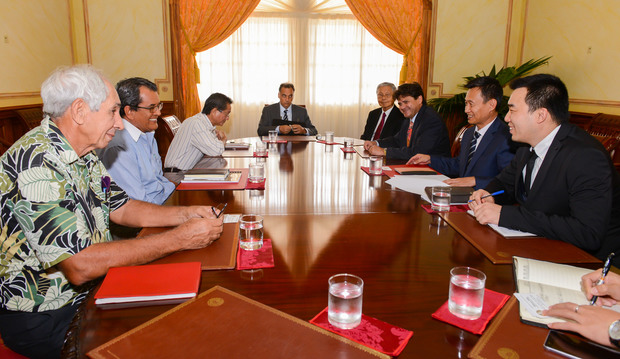 A delegation from state-owned China Railway has arrived in French Polynesia to explore possible investment opportunities.

The delegation, which is led by the vice president of the China Railway International Group Zijiang Wang, has met President Edouard Fritch in Papeete.

A statement says the delegation will make a number of visits to sites in Tahiti, Moorea and other islands.

It says this will give the visitors a better idea about the possible projects and pave the way for studies on their feasibility.

No details have been given, but the statement says the company will then be able to propose partnerships.

It quotes Mr Wang as saying he wants to develop projects which create jobs and economic activity.

China Railway has 240,000 employees and an annual turnover of $US120 billion.