An advisor for some of the Danish MPs who were stopped from travelling to Nauru on a fact-finding mission last week says he's not surprised it happened. 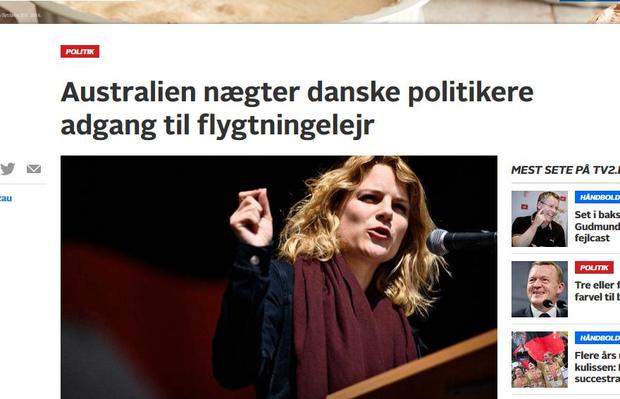 The cross-party delegation cancelled its planned visit after the Nauru government said three of its members were not welcome.

Niels Rohleder is the legal and migration affairs advisor for the Red-Green Alliance, a left wing party whose MP, Johanne Schmidt-Nielsen, was one of the three who weren't allowed.

Mr Rohleder said he believed Ms Schmidt-Nielsen was banned because of her criticism of Australia's controversial offshore detention regime.

He said the appearance of Nauru cherry-picking who it allows to enter the country is concerning.

"It was not so surprising that in the end the visa applications were rejected," he said.

"And the whole idea that a foreign government would cherry pick among Danish politicians in order to invite a part of an official parliamentary delegation those parliamentarians that they saw as more sympathetic. That whole idea is so undemocratic and very strange to us."