Pacific men and women working on the front-line to end violence against women are looking at more proactive approaches to their work.

This is one of the main outcomes of the 7th quadrennial meeting of the Pacific Women's Network Against Violence Against Women held earlier this month in Fiji.

Representatives from 13 Pacific countries shared their experiences in dealing with violence against women and delivering services to victims of violence. 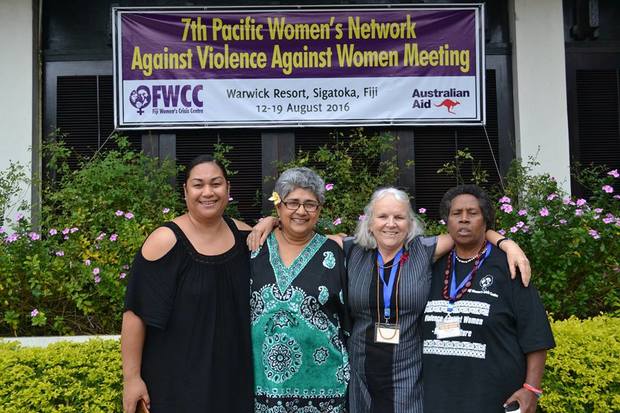 The network holds a meeting every four years to work on ending violence against women in the Pacific region. Shamima Ali is second from the left. Photo: Fiji Women's Crisis Centre

The co-ordinator of the Fiji Women's Crisis Centre, Shamima Ali, said there was a clear desire by all involved to begin implementing more proactive strategies to end violence against women.

"You know, looking at prevention and response." she said.

"Particularly prevention, working with men and also perpetrator programs and how the health services respond to survivors of violence of this nature and so on."

Ms Ali said she believes this will build on improvements being made in the region such as the adoption of zero tolerance approaches to domestic violence by regional police forces and an increase in parliamentarians and church leaders speaking out against violence against women.