An estimated 1,000 people in New Caledonia have taken part in a street protest against plans to introduce a competition law as part of a tax reform.

The rally in Noumea was organised by the Employers Federation to counter the government's plan to do away with a large number of import duties and replace them with a consumption tax. 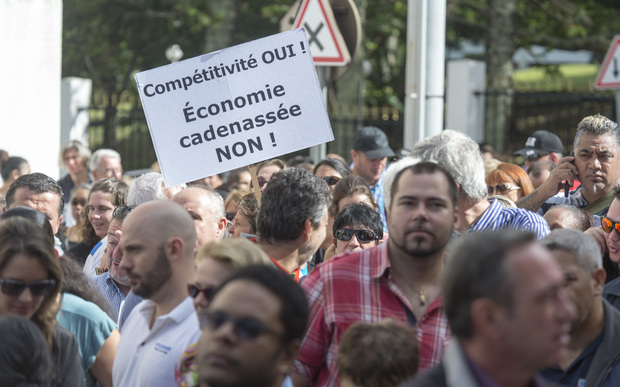 Many businesses closed for the duration of the rally aimed at members of the territory's Congress.

Employers are opposed to the competition segment of the reform because it would set a ceiling on the margin that can be charged.

They say the plan is dangerous and imperils jobs because it infringes on the freedom to do business.

The reform plans follow years of mass rallies against the high cost of living in the territory which is tied to a lack of competition.

The government is worried that the abolition of import duties could prompt employers to increase their margins and nullify efforts to lower prices for consumers.

New Caledonia's economy has slowed amid a collapse of the nickel price after a decade of growth fuelled by large construction projects.