For almost two weeks, landowners in the region where the gas fields are centred have blocked access to the US$19-billion project's conditioning plant in Hides.

They have been demanding payment of hundreds of millions of dollars in outstanding project commitments from the government. 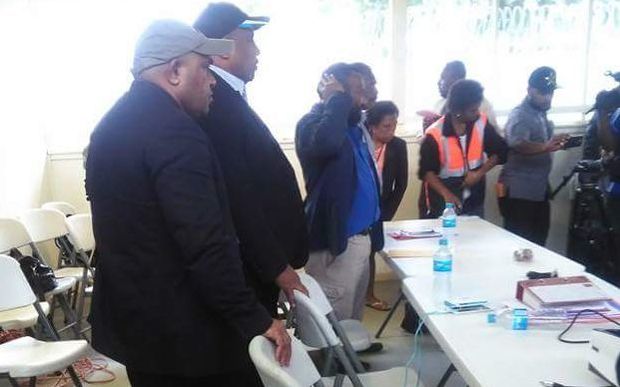 Following a series of negotiations, landowners from two Petroleum Development License areas in Hides have signed a memorandum of understanding with the government.

PNG's Petroleum and Energy Minister Nixon Duban was party to the signing of the agreement and agreed to honour all the issues in the landowners' petition, saying he would take it for approval to the National Executive Committee.

The government has said that the money owed to the landowners is saved in trust funds, but has indicated that delays in payments were due to an ongoing process of verifying legitimate landowners.

The government showed the landowner groups proofs of bank print-outs of royalty money parked in Bank South Pacific and Bank of PNG accounts for them. 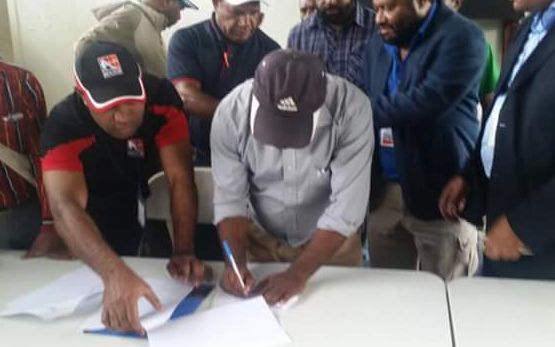 Hides landowners sign a memorandum of understanding with the government. Photo: Supplied

Following the signing, a clan vetting process is being expedited to establish the legitimate landowners, following which landowners are expected to be paid within a month.

The Hides landowner representatives promised to lift their blockade today.

It's unclear whether the lifting of the blockade signals the end of LNG Project-related protests by Hela landowners, with a separate landowner group from Angore having formed a committee this month to petition the state on their grievances.

The grievances of the Hela landowners reflect problems that have arisen since the various founding benefit sharing agreements were signed in 2009 in Kokopo, ahead of the construction phase for the ExxonMobil-led project.

The Kokopo talks were exhaustive but claims persist widely that not all those party to the agreement were legitimate landowners. 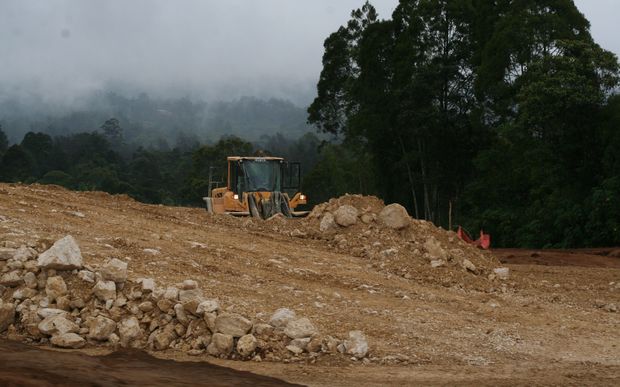 The LNG project is the biggest single commercial development in the entire Pacific Islands region.

Its construction phase, between 2009 and 2014, underpinned remarkable economic growth in PNG as it married up with the mineral resources boom.

Since mid-2014, shipments of the project's gas exports to mainly Asian markets have been progressing well.

However, the end of the project's construction phase meant that many locals in Hela lost employment or livelihood opportunities that the project created.

Expectations among local communities about the benefits of the project are often divergent to what has been happening on the ground.