The project's gas conditioning plant at Hides remains locked by landowners protesting that the government owes five years of outstanding project commitments worth hundreds of millions of dollars.

They had threatened to shut down the entire LNG project this month if government didn't respond adequately with payments.

Speaking in parliament last week, the prime minister Peter O'Neill said all outstanding payments would be made in due course, while a government delegation travelled to Hela last Wednesday for discussions with the landowners.

This delegation, including members of the state-owned Mineral Resources Development Company, sought to assure landowners that payments will be made, pending the outcome of ongoing clan vetting processes to establish the legitimate landowners.

Furthermore, landowner representatives met with the MRDC in Port Moresby at the weekend to discuss the petition outlining their grievances. 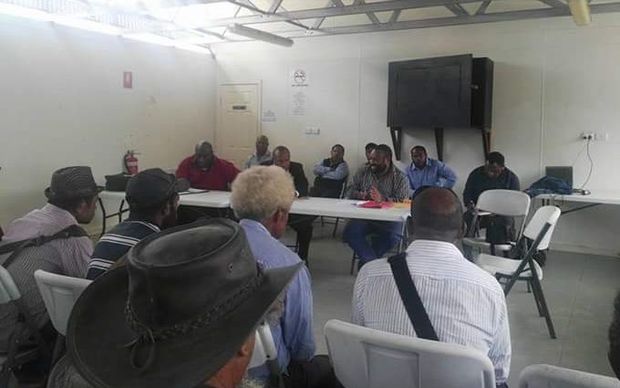 However landowners indicated the government response was unsatisfactory and they are expecting to receive another government delegation today or tomorrow for further talks.

The project developer ExxonMobil said last week its facilities were continuing to operate and that it was monitoring "the peaceful protest in Hela".

However, reports from Port Moresby suggest the latest export shipment from the LNG Project had only half as much gas as usual, due to obstruction in the flow of LNG because of the Hela landowners' actions.

Meanwhile, landowners from LNG Project areas in neighbouring Southern Highlands province have indicated they wish to join the Hela landowners' protest as they too claim to be owed significant amounts of benefits.

An extra contingent of PNG police was deployed to Hela last week amid fears that landowner grievances could spill over into violence.