Papua New Guinea's Chief Justice Sir Salamo Injia has requested Australia front up on its plans for resettlement of the so-called "boat people" on Manus Island.

After ruling in April that detaining asylum seekers on Manus is illegal, PNG's Supreme Court asked lawyers representing detainees and the PNG government to apply for Consequential Orders that would enforce the ruling. 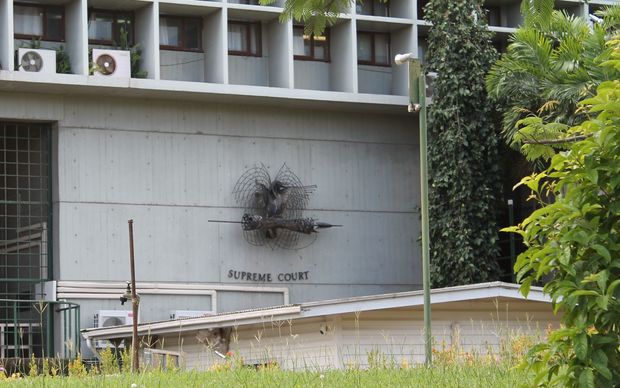 About 900 men are still residing at the processing centre on Manus, where they were sent by Australia.

The April ruling made it incumbent on both PNG and Australian governments to take steps to comply with the court decision.

Soon after the ruling, PNG's government said the centre would be closed.

But Canberra has indicated that finding a resolution could be a lengthy process and has refused to resettle any of the refugees in Australia.

The lawyer representing hundreds of those held on Manus, Ben Lomai, said Sir Salamo today requested that a representative of the Australian government come forward.

"The Chief Justice said the parties will have to go and find out who is actually in charge of the offshore detention centre in Manus so that we can be able to request him to come in to court and give an indication as to what position Australia will take in relations to the proposal for resettlement," he said.

Mr Lomai said the Chief Justice expected a response on the matter later this week, with staff from Australia's High Commission in PNG having taken note in the hearing.

In June, the court asked PNG Immigration for a list of all those in the Manus processing centre and their refugee determination status.

According to Immigration, 663 of those at the centre have been confirmed as refugees, 129 had their applications refused and were deemed non-refugees, while the rest were still in the process of having their status determined.

The court has granted Immigration until 30 October to finalise the determinations.

Meanwhile, PNG Immigration is expected to respond to five refugee statements filed in the Supreme Court.

The statements from more than 200 refugees and asylum seekers on Manus Island outlined their intentions not to accept resettlement in PNG.

Mr Lomai said the statements were being dealt with as a test case and that they could be applied to other refugees not wanting to settle in PNG.