Its Climate and Disaster Resilience report considered the economic costs of climate adaptation and proposed strategies with special consideration for atolls.

A World Bank official said the report found that simply cyclone-proofing public buildings could decrease expected losses by up to 50 percent. 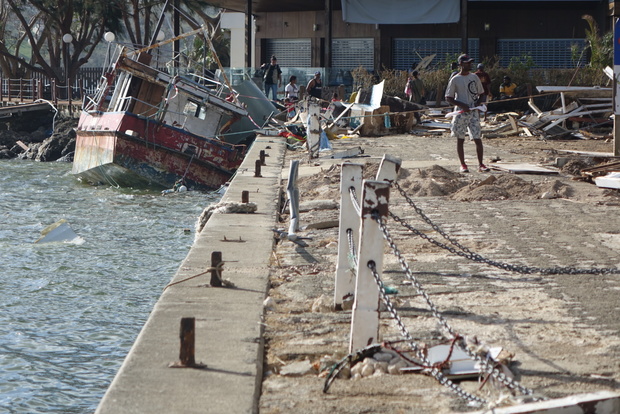 Damage at the harbour in Port Vila after Cyclone Pam in 2015. Photo: RNZ / Kim Baker Wilson

Denis Jordy said Pacific countries would need to spend, on average, between two and 20 percent more than they are currently spending by 2040 to strengthen infrastructure.

Mr Jordy said the costs could be mitigated through reduced economic losses from the impacts of climate change.

"For some of the cost it could be in the capacity of the country to finance them," he said.

"But in case the costs are significant I am talking especially for instance about coastal protection or retro-fitting of public buildings. Countries might not be able to meet these costs and support will be reacquired from the international community."