The mosquito borne dengue virus is still at epidemic levels in New Caledonia because of warmer temperatures and a halt to pest spraying.

Health authorities say it is the first time there have been so many cases of dengue in the cooler month of July.

They says the situation is serious because it means mosquitoes have adapted to the environment.

In the first three weeks of July, 70 cases of dengue were recorded, mostly in the capital Noumea. 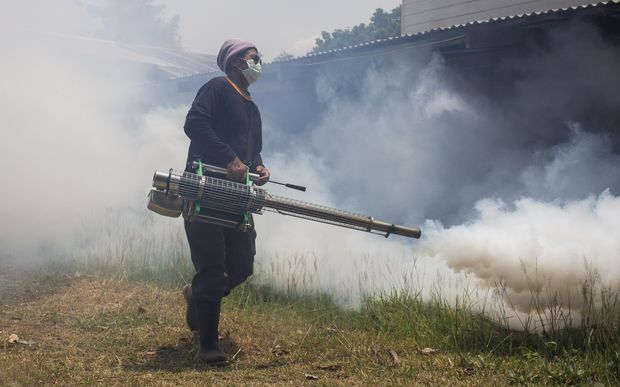 450 people have been infected since the beginning of the year.

A dengue epidemic was declared at the end of May.

The authorities have struggled to contain the problem after they stopped spraying the insecticide malathion after it was classified as a probable carcinogen by the International Agency for Research on Cancer.

A sanitary engineer Florie Cheilan said only the pesticide deltamethrin was being sprayed around the homes of infected people but it was no longer effective because the mosquitoes had developed resistance to the product.

The World Health Organisation wrote to New Caledonia's health department at the end of June saying malathion could again be used in mosquito control and the New Caledonian authorities are considering its reuse.