A Northern Marianas Congressman's bill to ban the shark fin trade in the US is gaining heavyweight support. 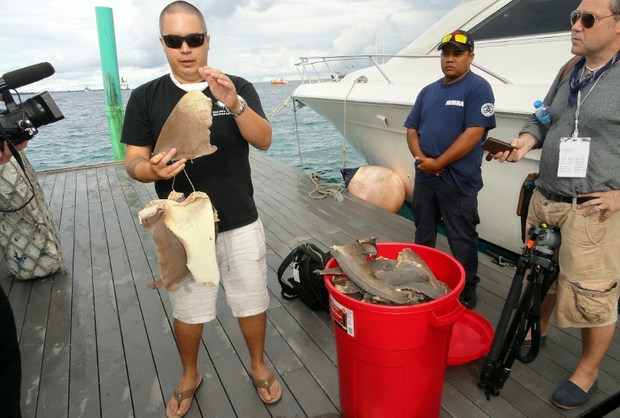 The Humane Society of the United States, Sea World, and the Guy Harvey Ocean Foundation, are all backing the bill which was sponsored by Delegate Gregorio Kilili Sablan.

The groups said more than 75 million sharks were killed each year and most were usually just left to die once their fins were cut off.

They say earlier legislation banned shark finning in the US but the new bill would help prevention efforts by prohibiting the trade of fins.

Our correspondent Mark Rabago said it was natural for Mr Sablan to introduce the bill following the success of similar legislation in the Northern Marianas.

"It spurred Palau, the Phillipines, and parts of the US to also come up with a law so in the way the CNMI was a trailblazer for this so it just makes sense for a delegate from a small island in the middle of the Pacific to introduce this law."