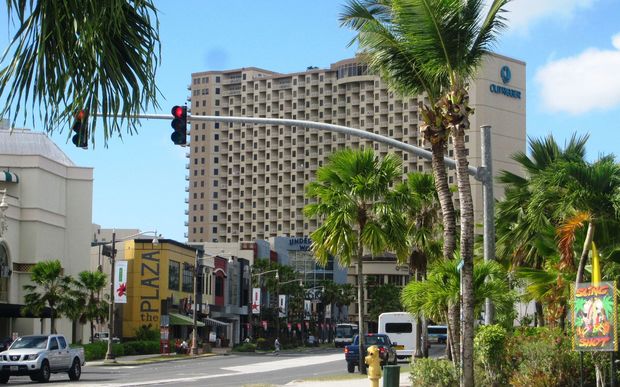 For four centuries, the small western Pacific island of Guam has been passed between colonial powers, but within weeks the territory is expected to decide whether to embark on a quest to determine its own political future.

The United States obtained Guam, a banana-shaped island about 50km long, as a spoil of war after the Spanish-American War of 1898 and, apart from a brutal occupation when it was seized by Japanese forces in World War II, it has remained in Washington's possession since.

Its official status is a 'non-incorporated territory' - alongside the Northern Marianas, American Samoa, Puerto Rico and the US Virgin Islands - and despite being US citizens, its people are unable to vote for President, the rights of the US Constitution do not apply, and their only delegate to Congress cannot vote.

Technically, Guam is owned by the United States, but is not part of it, which the island's governor, second-term Republican Eddie Calvo, in a 'State of the Island' address earlier this year, said was a form of colonialism that could not go on. 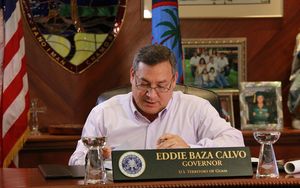 "It's time that we confronted the fact that for nearly 400 years the state of our island has been colonial," said Mr Calvo. "It is the unchanged and unrepentant shadow cast upon our long and unshackled destiny. Now confidence may be the one trigger that can change that colonial state once and for all."

Mr Calvo, seeking a legacy for when he leaves office, pledged to work to attach a plebiscite to November's election. A decolonisation commission is expected to report back sometime this month on whether that will be possible.

If that goes ahead, Guamanians will select one of three options - pursue the possibility of becoming the 51st US state, with all the associated rights and burdens, such as federal tax; free association with the United States, a status currently held by the Marshall Islands and Palau, and similar to New Zealand's relationship with the Cook Islands; or full independence.

The issue has been simmering for years, but the heat has been raised in recent years with plans for a build-up of US military forces, which culminated in Mr Calvo's call for a vote. 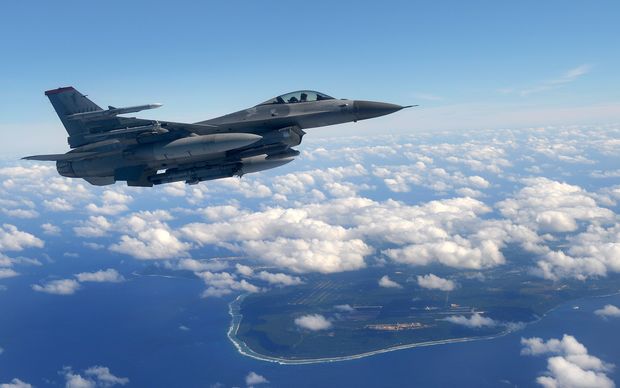 "In a way, Guam represents a previous historical era. A time when colonialism was common," said Michael Lujan Bevacqua, the chair of the Guam Independence Taskforce. "And in a way, much of the world has come to an understanding that colonialism was bad and we should eradicate it from the world, but there's still Guam where this hasn't happened."

Still, the path to a referendum is not an easy one. For one to happen, Mr Calvo's government needs to conduct a territory-wide education campaign before securing enough signatures to force a referendum, which Mr Calvo has pledged to do by the middle of July.

There has also been criticism of the relatively short amount of time that would be available to prepare for a referendum, and the way it has been structured (only people who can trace their roots on the island to 1950 will be allowed to vote). 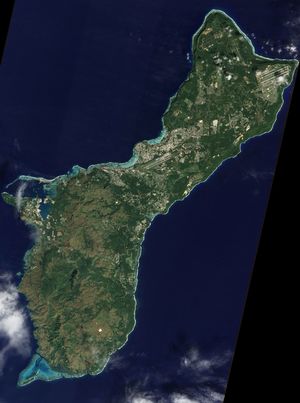 A satellite image of Guam. Andersen Air Force base is in the top-right corner, while the Naval base is on the left. Photo: Wikimedia commons

It also has to overcome a legal hurdle that requires 70 percent of the native Chamorro people to sign with the decolonisation registry, a task which many have said is impossible.

But Robert Underwood, a former United States Congressman and the current president of the University of Guam, said while it was difficult to work out how to include the Chamorro in the process, it was essential.

Dr Underwood said the Chamorro people had been living under both Spanish and American occupation since the 1600s, and they needed to finally have a say on the future of their homeland.

"When you have a colony how do you decolonise it? Do you include everybody who showed up because they are a colony or do you try to sort out who are the people who really have primary claim?," he asked. "And so in the case of Guam I think the case is pretty clear that it is the Chamorro people who have primary claim over this process." 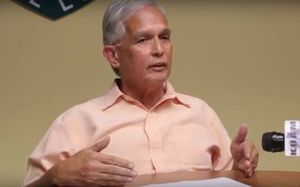 In any case, Dr Underwood said a vote would be merely symbolic, as the final decision on Guam's political future would rest with Congress in Washington.

Statehood would require the acceptance and support of the other 50 states, and he said it was unlikely that states like California and Texas, with populations of between 30 and 40 million people, would support Guam, with 160,000 people, having just as many Senators in Washington.

And that's not to mention Guam's strategic importance to the United States, especially as it pivots to Asia. The US military owns about one third of the island, and it is home to large Air Force and Navy bases. The Pentagon plans to spend close to US$10 billion to significantly bolster these facilities, with plans to move thousands of troops there and establish a Marine Corp presence. This means Congress is unlikely to support Guam going it alone.

Michael Lujan Bevacqua, who supports Guam breaking away from the United States, said a vote would only be the start of a very long battle for recognition.

"We can't simply look at this as simply like a vote alone. It has to be part of a larger struggle," said Mr Bevacqua. "The United States has been very clear that whatever we vote on, it is not binding to them. And so it's really going to be up to us then to submit it to them [and] try to work with them."

While the people of Guam are divided on whether to sever or strengthen their ties with the United States, Mr Calvo said one thing was clear: "Any status is better than the status quo - an unincorporated territory. Whether it's statehood, free association or independence, I believe that a change will put us in control of our destiny."