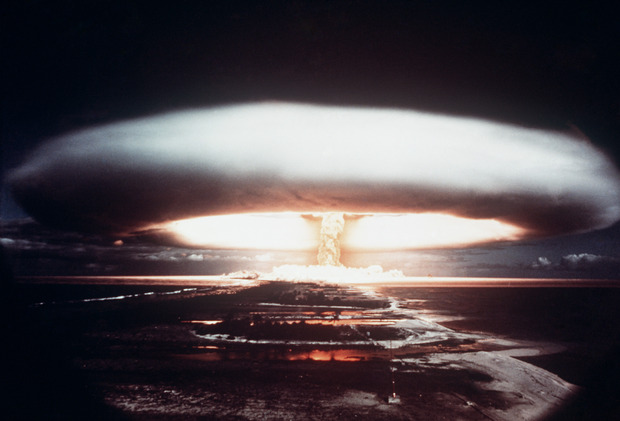 France carried out hundreds of nuclear tests in French Polynesia between 1966 and 1996. Photo: AFP

The Nuclear Workers Association in French Polynesia says it will keep fighting to have the French Government take responsibility for damage to Mururoa Atoll.

France carried out 193 nuclear weapons tests in the area between 1966 and 1996 in Mururoa and Fangataufa, and next week marks 50 years since the first of those tests was carried out.

The French Government in 2010 promised compensation for people with poor health as a result of exposure to radiation, but just about all applications have been thrown out.

When he visited in February, the French president, François Hollande, acknowledged that the tests had an environmental impact with consequences for people's health, and promised to revist the way compensation claims were being treated, something the government is yet to do.

The head of the Nuclear Workers Association, or Mururoa e Tatou, Roland Oldham, said his organisation had taken many courses of action before, but this time it will be different - a battle for the truth, as he called it.

"The pressure is truly coming on for the people. I think we've done a lot of peaceful demonstration. I think we've been too kind. They cannot carry on like this with the people," said Mr Oldham.

"After a while, people are going to have enough of all these promises. Things are going to get more radical in the future. We cannot give up this battle, we're doing this because it's [the] duty of any man, anywhere in the world to do what we are doing."

Roland Oldham said a petition seeking action on the reparations has 41,000 signatures.