The Solomon Islands coach says he is not worried about any perceived deficiencies in his team's attack heading into today's OFC Nations Cup semi-final against hosts Papua New Guinea.

The Solomons have only scored one goal and won one of their three matches on the way to the semi-finals. 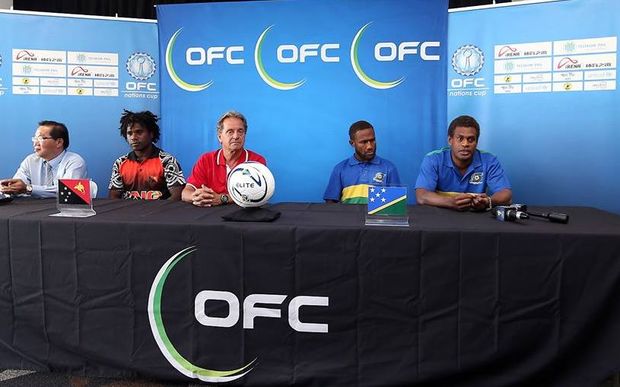 PNG and Solomons front for press conference before their OFC semi-final. Photo: OFC via Phototek

However Toata said it was all part of their strategy.

"We have a game plan that is very structured and we are working on that and working on improving our transition to attack, especially going forward when we win the ball. We are playing a very possession-based football," he said.

"We don't expect to win games by big margins, as long as we can keep the scoreline low. Actually that is what happened, that is what helped us to qualify."

Toata said conversely PNG had a strong attack led by the likes of Tommy Semmy, David Muta and Raymond Gunemba and a key to victory would be controlling them.

Moses Toata said he believes his team would be able to handle the white-hot atmosphere of PNG's John Guise stadium.

Toata said his boys know what to expect and the match shouldn't hold too many surprises.

"Obviously there will be a home-ground advantage. They will have a lot of support from the local population watching football here but it is all about football, not about the crowd," he said.

"It will have a little effect but very minimal I guess. We are working on our game and we are hope that we can contain their force."

Toata said playing away games was a part of football. 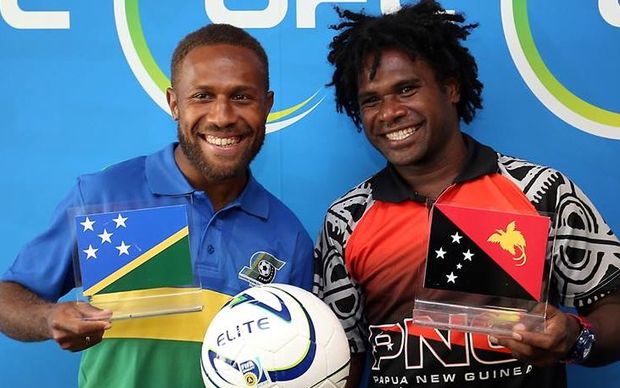