Skipper Chris Wood scored twice within in the opening ten minutes, before being forced from the field with a tournament ending shoulder injury, while Michael McGlinchey, Rory Fallon and Kosta Barbarouses also scored first half goals.

Vanuatu were more competitive in the second half but despite creating several scoring opportunities were unable to convert in front of goal.

The All Whites striker Rory Fallon conceded it was a little disappointing not to add to their first half tally.

"We had a couple of one v ones and we didn't take them so the score could have been a bit more. We've just got to be a little more lethal in front of goal but 5-0, it's a good little score." 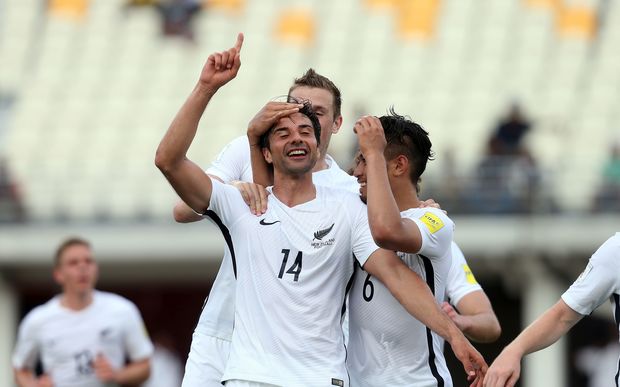 All Whites coach Anthony Hudson was satisfied with the result.

Vanuatu's Moise Poida was frustrated with his side's first half performance for the second game in a row.

"The problem is when we played against Solomon Islands we only played the second half - same thing today. We learn in the first half, and we play in the second. We didn't come here to learn though, we came here to play and compete. Even though this team is young it's the best Vanuatu team, it's just inexperienced."

In the late game, Fiji skipper Roy Krishna was on target from the penalty spot for the second game in a row to get his side's campaign back on track in a 1-0 victory against Solomon Islands. 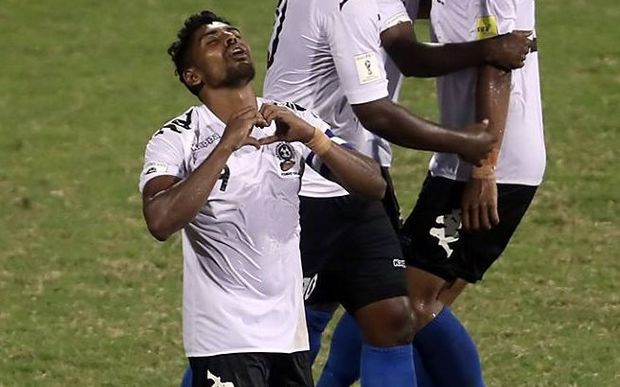 "The game ebbed and flowed. I thought we started well and Solomons had the better of the end of the first half. But we held on and I think second half we came out well. I was happy with the way the boys held on and stood strong," he said.

"I'm a bit disappointed with today especially as we controlled most of the game. But then we slipped and got that penalty and it's something we can all learn from."

New Zealand lead Group B with a maxium six points from two matches, three clear of Fiji and Solomon Islands, with Vanuatu yet to earn to a point.