The council of the European Union has ratified a controversial fisheries agreement with the Cook Islands. 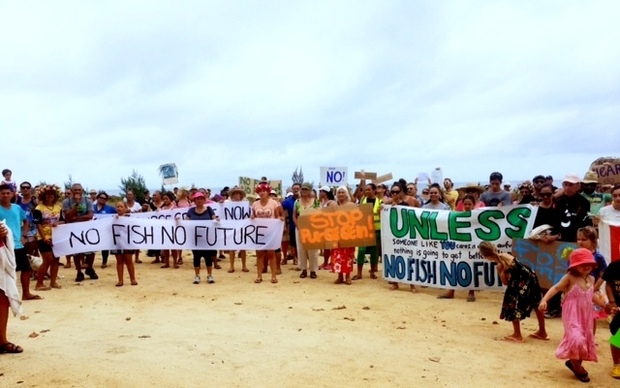 A group marching against the Cook Islands fish deal with the EU Photo: Flo Syme Buchanan

The proposal, which would allow Spanish vessels to fish in the Cook Islands' Exclusive Economic Zone for at least eight years, has proved controversial, with large protests against it.

Nonetheless, the agreement was ratified in May, but the government maintains that nothing is a "done deal" until it is signed by the Prime Minister, Henry Puna - which he is expected to do.

However, Mr Puna was holding off and had agreed to calls for a select committee to look into an anti-purse seining petition which wanted a ban on any future licences.

That committee was expected to be established when parliament next sits on Tuesday.

The Cook Islands opposition said the process of ratification had been flawed, arguing that it was initialled by the Marine Resources secretary, not the minister, which was not due process.

The Cook Islands foreign ministry had also warned the government that the agreement contained "fatal flaws", compromising the Cook Islands' right to manage its own affairs without outside influence.