The University of Papua New Guinea is trying to secure additional funding in order to reincorporate the suspended first semester into an extended academic year.

Five weeks of the first semester programme have been lost due to a month long boycott of classes by about five thousand protesting students and the subsequent decision to suspend the semester.

The Universty's Public Affairs Manager, James Robins, said about $US 1.5 millon was needed to stretch the academic year into November from its scheduled end date of October the 15th.

"To find that for another five weeks means we are going to be looking for another five or six million (Kina) to accommodate the five thousand students and to do the extra time for the staff to effectively complete that semester one course," said Mr Robins.

"If we can find a mechanism to enable us to complete semester one we would probably roll automatically after the exams for semester one into semester two without a break."

Mr Robins said University administrators were in negotiations with the government for the extra funding.

"It's a difficult one because as everybody knows the government is reducing budgets. So where we would get them to find the money for us to continue, I can't comment on," he said.

Mr Robins said an extended academic year would need to begin about three weeks after Thursday's three o'clock deadline for student protesters to vacate the university.

Meanwhile, the Post Courier reported that on the FM100 radio station Mr O'Neill appealled to the University to find a way to complete the first semester. 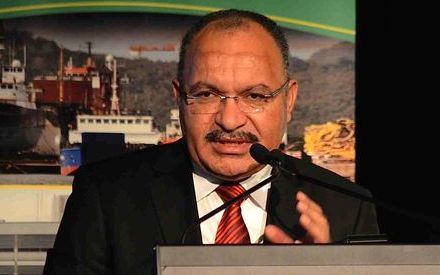 The newspaper said parents had pleaded with Mr O'Neill to make concessions and give their children a second chance.

Some parents in the New Guinea Islands and Southern region were looking at legal options to take the Students Representative Council to court for jeopardising the education of their children.

A parent from Popondetta who called the radio station said she had been begging her children to return to class.

"But the answer we always got was that they were scared ... as they were threatened not to go to class," she said.