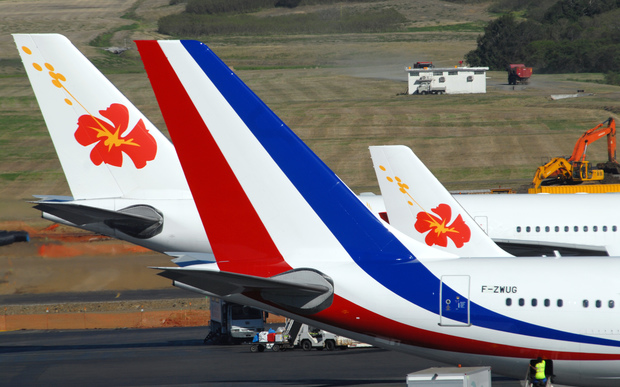 A strike by New Caledonia's air traffic controllers has prompted the territory's domestic airline to cancel more than a dozen of today's scheduled flights.

Other flights have been re-scheduled, including one bound for Australia.

The strike, which was called by the French union, is due to end tomorrow.

A minimum service is, however, being maintained and will allow the French prime minister, Manuel Valls, to land in Noumea tonight.

During his three-day stay, Mr Valls is awaited by the employees of the SLN nickel plant tomorrow as the plant is in a deep crisis following the recent and sharp drop of the price of nickel.

SLN staff have said they will be on strike today to express their opposition to any plan to cut jobs as part of a possible restructure ordered by the French parent company, Eramet.

They want the French state to rescue the SLN plant, with French media reporting that Mr Valls is poised to announce a $US330 million loan tomorrow.