Five asylum seekers detained on Nauru have attempted suicide in the past 24 hours as the United Nations' refugee agency visits the island, the Australian Refugee Action Coalition says. 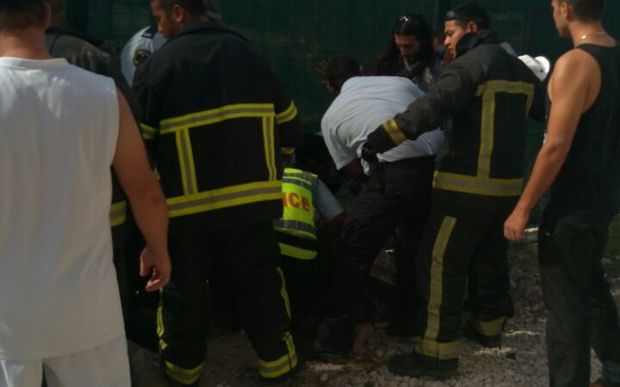 There have been earlier reports of self-harm by refugees on Nauru Photo: supplied

It said this morning, an Iranian man was badly burned after he attempted to self-immolate in front of UN representatives at Nibok camp.

All five people are now being cared for at the hospital on Nauru.

No one from the office of United Nations High Commissioner for Refugees in Canberra was available to comment.

The Coalition's spokesperson Ian Rintoul said there were also fears for two Iranian women Marziyeh Faghih (28) and Amineh Shajira (34) who have been missing from Nauru since Sunday.

Mr Rintoul said family members of the missing women said the pair had talked previously about taking a boat and sailing themselves off the island.

Meanwhile, three asylum seekers have been forcibly removed from a Brisbane detention facility known as BITA.

Mr Rintoul said the three people had been brought to Australia from Nauru to receive medical attention.

"People inside BITA this morning saw the people being carried out, two of them being bodily carried out of the detention centre by guards dressed in black. It does look like they've put them on a plane to send them back to Nauru."

Yesterday, the Supreme Court in Papua New Guinea ruled the detention of asylum seekers on Manus Island is illegal.

"It looks like the Australian government has responded to their defeat in the Supreme Court in PNG by resorting to brute force and sending those people back to Nauru," Mr Rintoul said.