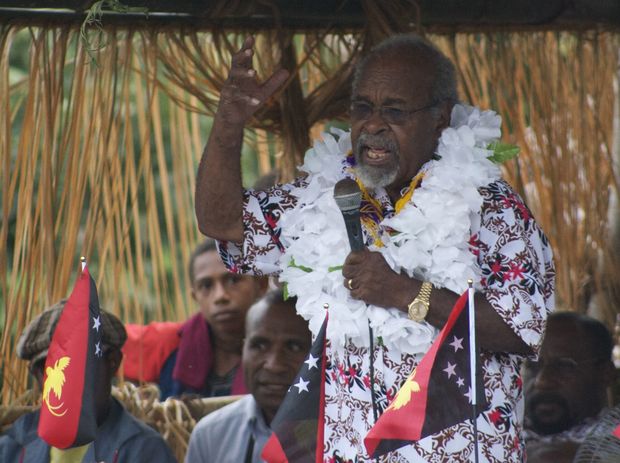 He said Mr O'Neill, whose arrest had been sought in relation to a major fraud investigation for two years, should respect the Office of the Prime Minister and surrender so police can carry out their duties without obstruction.

Mr O'Neill has managed to halt the investigation and stave off the arrest through legal challenges.

But a Supreme Court decision two weeks ago to allow the probe to continue was soon shut down by the suspension of the fraud squad officers, who have been accused of insubordination and other breaches.

PNG Loop reports Sir Michael saying 'Sir Julius [Chan] submitted to PNG laws following the Sandline crisis; Paias Wingti submitted to the law after the courts declared his actions in Parliament to be unconstitutional; I submitted to a leadership tribunal and accepted the penalties of its ruling.'

He said in the interest of the people of PNG Mr O'Neill must stop eroding the institutions of government for the sole purpose of defending himself.

Sir Michael has also called on all MPs to protest against the continued manipulation and deterioration of the constitutions of state.