An American Samoan has demonstrated her support for West Papuan independence during the territory's Flag Day ceremony at Veterans Memorial Stadium in Pago Pago. 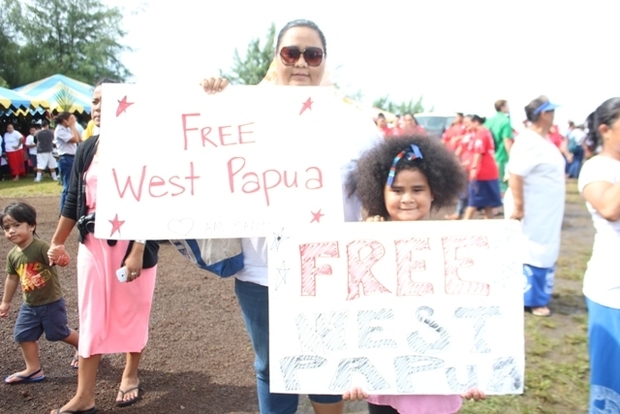 Valerie Adams and her 7-year-old daughter demonstrating support for a "Free West Papua" to coincide with a visit to Pago Pago by the Indonesian Ambassador to the US. Photo: Monica Miller

Valerie Adams and her 7 year-old daughter displayed placards with the message "Free West Papua" to coincide with the visit by the Indonesian Ambassador to the US.

Budi Bowoleksono had been invited by the territorial government to attend Flag Day celebrations.

Ms Adams questioned why Jakarta has provided US$300,000 toward construction of the Pago Pago Youth Center.

Valerie Adams claims West Papua is being forcibly occupied by Indonesia, and hopes that more people will learn about the situation.