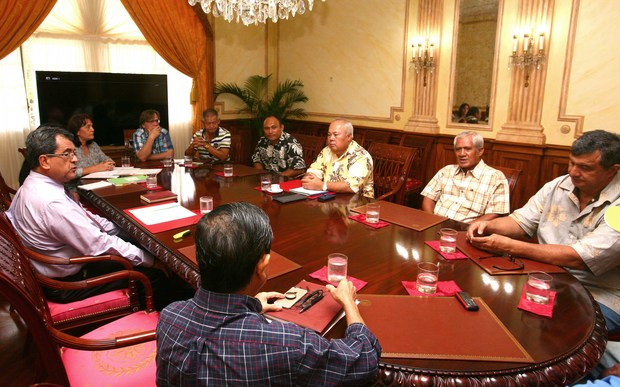 French Polynesia's president has rejected a proposal by community leaders from the Austral islands to create the world's largest fully protected marine reserve.

Edouard Fritch spoke to three mayors from the archipelago, saying the protection of marine areas was up to the government and not to any associations.

The project to set aside one million square kilometres of ocean surrounding the territory's southernmost islands has the backing of the PEW Charitable Trusts.

Mr Fritch says since 1996 there has been no fishing by outsiders in the Austral islands area.

He says it cannot be that Polynesians would no longer be allowed to fish in the Australs as afterwards other areas, like the Marquesas and the Tuamotus, might follow suit while fishing fleets provide jobs.

Mr Fritch says the management of the fisheries should be run on a territory-wide basis.

His office says this was well received by the mayors at the meeting.