The speaker of Samoa's parliament, Le'aupepe Tole'afoa Fa'afisi, says an election petition filed against him over allegations of bribery and treating will be withdrawn. 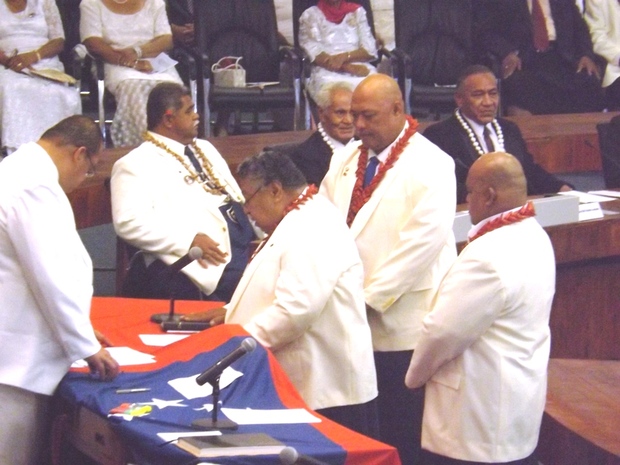 Le'aupepe said this came after the petitioner, former MP Aiono Tile Gafa, accepted advice from several matais of his village for the matter to be dropped.

Le'aupepe said a reconciliation had taken place, where Aiono, who ran against him in last month's election for A'ana Alofi number one constituency, said he had forgiven him.

In the petition, Le'aupepe, his wife and one of their sons had been accused of giving money to voters before the day of the election.

Meanwhile, the first hearing of a petition filed against the associate Minister of Communications and Information Technology, Lealailepule Rimoni Aiafi, over allegations of corrupt practices will be heard on Thursday.

The respondent and former Tautua Samoa party whip is also countersuing the petitioner and former MP, Ale Vena Ale, on allegations of bribery and treating.