The chair of Tonga's Tourism Authority says the kingdom's domestic air service needs to improve significantly if it is to take full advantage of a significant boost in international capacity. 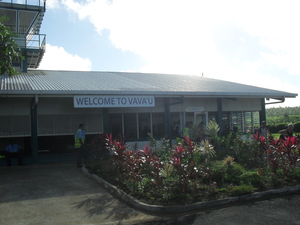 Over the weekend, Fiji Airways launched the first direct service between Nadi to the northern islands of Vava'u.

Earlier, an Air New Zealand 777-300 aircraft touched down in Nuku'alofa for the first time, increasing passenger capacity by 33 percent and cargo by up to 40 percent. The aircraft is expected to fly the Nuku'alofa-Auckland route once a week, with other services utilising an Airbus A320.

Tomifa Paea said an expected increase in arrivals is great news for Tonga, but he said the islands won't reach their full potential unless domestic services are improved.

"The domestic airline is struggling at the moment to provide the service. They are currently using two Jetstreams with the capacity of carrying 17 on each flight," Mr Paea said.

"When you have a 312 seat capacity airplane arriving in Nuku'alofa and you have a 17 seat airplane to move it there is a lot of lost opportunity."